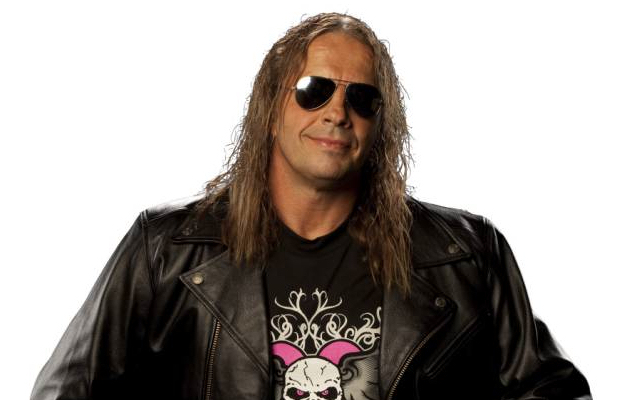 – WWE Hall of Famer Bret Hart recently spoke with The Portsmouth News to promote this weekend’s one-man shows in the UK. The full interview and event details are at this link. Below are highlights:

“It’s never an easy thing to go through, but I had a lot of support and a lot of great fans and other wrestlers who reached out, that all sort of helped me get through it. I’ve got to have regular check-ups for the next few years, but I think I’m through the worst now. They think they got it all in one shot, so I’m just on to a slow recovery and hopefully in the next few months I’ll be back to normal and getting my life back on track.

I was lucky I had one of those cancers that they say if you get it early and you’re on it quick you can have a full recovery. It’s a 96 per cent recovery rate for prostate cancer. My diagnosis was early and I did a lot to make sure I was on top of it.”

Today’s wrestling vs. his era:

“I think that the wrestlers today are very skilled and a lot of them are really great, gifted wrestlers, like Daniel Bryan, CM Punk and even Kevin Owens. I tip my hat to them. I enjoy watching them, they’re special talents and they carry that torch to the next generation. There’s a lot of those wrestlers who’ve had a big impact since I left. I’d like to have worked with CM Punk or Brock Lesnar, but I find that there’s something missing in wrestling that was more prevalent in my era. I think the actual storytelling was better.

I could allow a story to unfold or not be rushed. ‘There’s no drama any more, it’s just like bing, bing, bing, bing. They’re too busy setting up the next moves and it seems very rehearsed like the whole match is rehearsed. I miss the natural flow in my matches. I watched a lot of my old matches from the ’90s and I like the storytelling better, but that’s just my preference. Fans now like that it’s more fast-paced and there’s not really any pause to tell a story.”

“I think people who say that are kind out of touch with reality. The least-best word to describe wrestling is fake. There’s a lot of injuries and it’s high impact. I never thought of, and I still don’t think, of any of my matches as fake. The terminology is degrading.

I think fans understand that there’s a storyline process. As an example, you look at my match with Steve Austin at Wrestlemania 13, there was a lot of blood and (Bret’s trademark move) the sharpshooter, he didn’t tap-out and all that. It was a very violent struggle and it tells the story of a good guy and a bad guy, but it tells this beautiful struggle of a battle of two people fighting for everything they believe in, and it’s a very magical thing that you can have that kind of match and that kind of performance.”