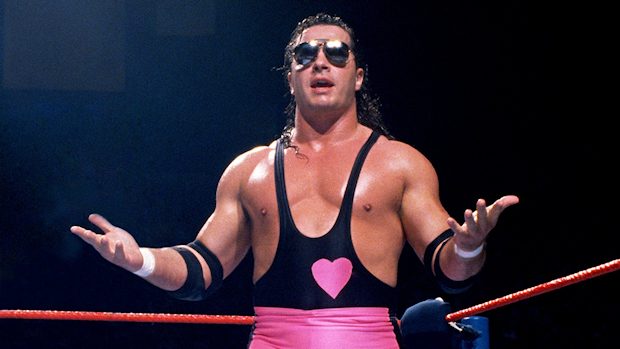 The infamous lost match between Bret Hart and Tom Magee is finally being made available to fans.

WWE announced today that Hart vs. Magee will stream on the WWE Network after Raw on Monday. It will be accompanied by a documentary explaining the relevance of the match, how the tape was discovered, and what happened to Magee.

The special is called “Holy Grail: The Search for WWE’s Most Infamous Lost Match.”

One of the greatest mysteries in sports-entertainment history has been found and you’ll be able to see it along with a documentary explaining the story on WWE Network after Raw on Monday.

In 1986, Bret “Hit Man” Hart faced Tom Magee in an untelevised tryout match in Rochester, New York. After the bell sounded and Magee’s hand was raised, he was labeled the next Hulk Hogan, but since the bout was untelevised, footage became lost over time … until today.

VHS tape traders tried in vain to chase down the cassette of Hart vs. Magee for three decades to no avail, but it was recently discovered as part of “Hit Man’s” tape library and is available Monday after Raw on WWE Network. Check out this classic match and get the full story on how the tape was discovered, what happened to Tom Magee, and much more by watching Holy Grail: The Search for WWE’s Most Infamous Lost Match, streaming Monday after Raw.

Hart vs. Magee was a dark match that took place on October 7, 1986, at a WWF Wrestling Challenge television taping in Rochester, New York. The legend of the match grew after Dave Meltzer claimed in the Wrestling Observer Newsletter that both Vince McMahon and Pat Patterson (McMahon’s right-hand man at the time) said immediately afterward that Magee would eventually replace Hulk Hogan as the top star in the World Wrestling Federation.

Magee never came close to living up to the hype and he retired from wrestling in 1990 after parting ways with the WWF. In time, the match became a spotlight on Hart’s ability since he was able to disguise Magee’s lack of talent so well.

A VHS copy of Hart vs. Magee was discovered in March by a fan named Mary-Kate Anthony. She acquired the tape years ago after Hart’s then personal assistant, Marcy Engelstein, asked her to convert some of his matches to DVD.

Hart and Magee will be discussing the match together on May 25 at Starrcast II in Las Vegas, Nevada. Meltzer and Colt Cabana discussed the story of Hart vs. Magee in March on Cabana’s Pro Wrestling Fringe podcast.

Magee was last in the news a year ago this month after being severely beaten by six men over a parking dispute in front of his home in Mar Vista, Los Angeles, California.