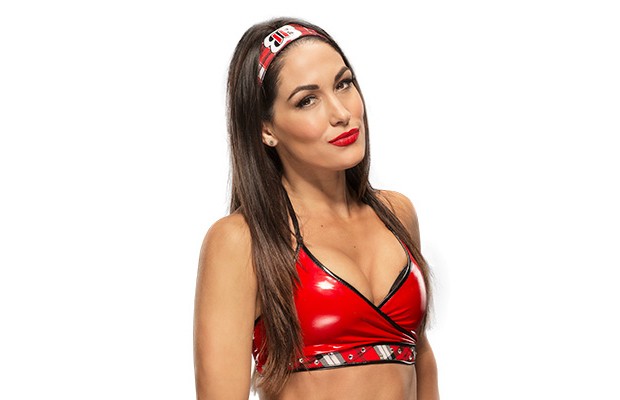 No, you’re not seeing double! This is Brie Bella, the beautiful mirror image of her sister Nikki. Together, these twin WWE Divas are out to prove that two is always better than one.

One way or another, the determined Brie will attempt to rectify this family strife. 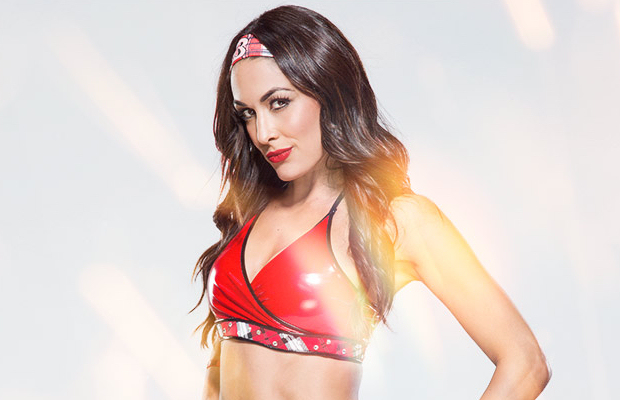 How can people tell Brie apart from her twin sister Nikki?: In a 2009 interview with WWE Magazine, the twin duo explained how people can tell them apart. Brie said, “I have two beauty marks on my chest, and our faces are shaped differently. We joke that I have more of a banana head, and Nikki has an apple head. She has the bigger booty, too, which she’s proud of.”

Nikki added, “Oh, heck yeah! I carry way more curves than Brie. And I usually have a flower in my hair. I love celebrating my Mexican-Italian heritage, and a flower makes me feel Spanish…and pretty!”

Another way to tell the identical twins apart is by a tattoo. Brie has a tattoo just above her waistline while Nikki does not.

Daniel Bryan: Brie Bella got engaged to fellow WWE Superstar Daniel Bryan on September 25, 2013 after dating for almost three years. Bryan popped the question while on a hike in Big Sur, California.

“I have never in my life seen him so nervous. I’ve been by him when he’s gone out for WrestleMania and some really big things,” Bella revealed to EOnline.com. “He got really, really nervous and he started talking about how long we’ve been together. He got down on one knee and compared our love. He said he’ll love me forever like the ocean goes on.”

Bryan was biding his time to pop the question in order to have that perfect moment. “I’ve had the ring for a long time. Just trying to find the moment that fits,” remarked the Washington native. “A moment that’s worthy of Brie.”

The marriage proposal was broadcast on the season one finale of E!’s Total Divas (airdate December 15, 2013).

Has Brie Bella ever appeared nude?: While Brie Bella has never posed nude, she has suffered a wardrobe malfunction that displayed a glimpse of nudity.

During a segment promoting E!’s Total Divas on the July 22, 2013 episode of Raw, Brie’s nipple inadvertently popped out of her top. By order of WWE officials, she went on Twitter to apologize for the unfortunate mishap.

“I apologize 4 my wardrobe malfunction I’m embarrassed & it looks as though the humidity made my tape come off,” stated Brie immediately following the show. “You’ll never see that again!”

What is Brie Bella’s theme song called?: Her theme song is called “You Can Look (But You Can’t Touch).” It is sung by Kim Sozzi and produced by Jim Johnston.