Brickhouse Brown Passes Away After Battle With Cancer - PWPIX.net

Brickhouse Brown Passes Away After Battle With Cancer 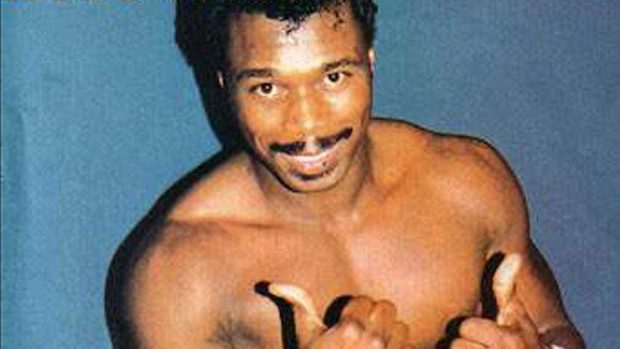 Brickhouse Brown, who was a top heel in the Memphis, Tennessee area during the 1980s and 1990s, passed away on Sunday morning after being diagnosed with prostate cancer last year.

According to F4WOnline, Seawright had been in hospice care in Mississippi when he flatlined on July 20 and the hospice nurse pronounced him dead. His mother was with him at the time and ended up falling asleep next to him. His family and friends were contacted and Brian Blair, president of the Cauliflower Alley Club, which helped with his medical bills and had become very close with him, claimed on social media that he had died.

His mother, Victoria Timmins, while asleep, then heard him say, “Mom, I’m hungry.” She at first thought it was a dream but Seawright kept talking to her, and she woke up and started screaming. The coroner was on his way to take his body.

Wrestler Matt Riviera visited him on Friday and spoke with him at length about his out of body experience during the period he was believed to have been dead.

Seawright’s funeral will be in Florida (where he grew up) on August 11, which would have been his 58th birthday.

As Brickhouse Brown, he began wrestling in 1982 in Texas, bluffing his way onto a show in San Antonio, Texas by claiming that he was a wrestler. Terry Funk liked him and trained him.

Brown worked for a number of different territories in the 1980s and early 1990s, but his biggest success was in the Memphis territory. He worked as a headliner that drew well against Jerry “The King” Lawler and captured multiple titles, but he never had that level of success outside of Memphis.

Although a strong heel, a great talker, and muscular, he was short compared to the national stars of the 1980s and 1990s. Billed at 5 feet 8 inches tall (and wrestler heights are usually exaggerated), his lack of height hindered him from achieving success on a national level.

He worked several matches for the World Wrestling Federation in the summer of 1986 but was pretty much used as an enhancement wrestler. He scored a few wins at house shows over wrestlers at his level, such as Steve Lombardi, Tiger Chung Lee and Terry Gibbs, but in the few times he appeared on national television, he lost. He was squashed twice on television in a tag team matches against King Kong Bundy and Big John Studd.

Here is one of those squash matches.

He also worked two matches for the WWF in July 1995, doing job duty to Hunter Hearst Helmsley (aka Triple H) and Henry O. Godwinn. His match against Helmsley aired on an episode of WWF Superstars.

Here is his match against Godwinn, which aired on an episode of WWF Wrestling Challenge.

He never worked for WCW, even as an enhancement wrestler.

After the USWA closed down in 1997, Brown remained active in the independent scene in the Tennessee and Mississippi area until his cancer diagnosis in 2017. His prostate cancer was on Stage 2 when diagnosed, but he had no insurance and only got treated with painkillers. This led to his cancer rapidly spreading.

WWE Hall of Famer Rocky Johnson informed the Cauliflower Alley Club of his plight and asked them if they could help him out financially. By the time they found out, cancer had spread all over his body. Both of his legs broke due to his bones being brittle due to cancer, his eyesight worsened and cancer spread to his brain.

Seawright received the Cauliflower Alley Courage Award in April and gave a speech that was said to be unbelievable with not a dry eye in the house. During the speech, he said his cancer was terminal and that he knew he had less than six months to live.