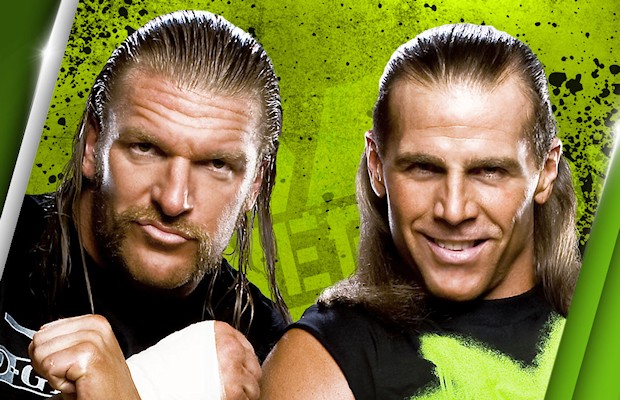 Former WWE producer Bruce Prichard’s Something to Wrestle podcast has provided a constant stream of previously unheard tales from one of wrestling’s most chequered periods since debuting a year ago. The former Brother Love is never short of fresh yarns to spin, and revealed a surprising piece of information relating to the Attitude Era’s most iconic stable on a recent episode.

According to Prichard, Vince Russo pitched the idea of Test becoming part of D-Generation X in 1998. The oft-maligned writer said that Test was the same size as Kevin Nash, but several years younger, and would eventually be better than him in the ring. However, Shawn Michaels and Triple H hated the idea.

DX’s founding members told Russo that Test was “no Kevin Nash,” while Prichard, who was doing talent relations at the time, wanted him to go to developmental. Bruce felt that he wasn’t ready for a prime time role despite his obvious potential, but was unaware of Russo’s proposal when it was initially made.

“So [Vince Russo] envisioned Test being a part of DX early on,” Prichard said. “Hunter hated it, Shawn hated it, everybody hated it. And Russo made the comment that ‘[Test] is as big as Kevin Nash but he’s younger and he’ll be better.’ And that, of course, set Shawn and Hunter off — ‘he’s no Kevin Nash.’”

“And then on top of that, and again we don’t know this from a talent relations side — this is when I was really just doing talent relations, getting in new talent. From my vantage point, I wanted Test in developmental so he could go out and learn and get better because he was a big guy and had a lot of potential. He wasn’t ready for prime time by any stretch of the imagination. I didn’t realize Russo already had this idea for him and had already approached people about it. I was like, ‘he can’t go, man, he’s not ready — he’s not seasoned, he’s just not ready yet.”

“So he’s at TV — he being Test and I guess Hunter and Shawn were talking to him and found out he had only had like five matches in front of people at that time. So five matches and Russo wants to make him a part of DX… he wasn’t ready. So that’s a little back story on Test. We did think that he had potential, we did think that there was a big upside to him, but he kinda was missing ‘it’ throughout his career. He never got really to that next level.”

Co-host Conrad Thompson asked Bruce whether Triple H cut the legs out from underneath Test by not letting him be a part of DX.

“That was why it didn’t happen because he was young,” Prichard replied. “That was the very first introduction of [Test]. And that was the first time Test was introduced. He had no right to be in that position, he wasn’t ready.”

“Hunter did not want to work with him, Shawn didn’t wanna work with him. Cause that was the beginning of his career right there.”

On the December 14, 1998, episode of Raw is War, Test made his debut by attacking The Rock’s rival, Triple H. A week later on the December 21 edition of Raw, Test made his in ring debut teaming with The Rock to defeat Triple H and X-Pac by disqualification. Martin soon joined The Corporation, and would actively feud with DX and Triple H throughout 1999 and beyond.