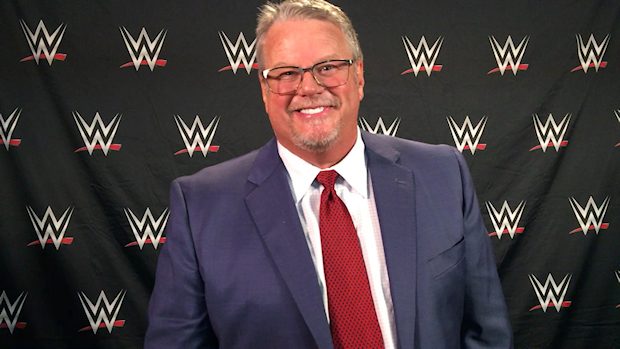 WWE is going back to the past to help forge their future.

Bruce Prichard is returning full-time to WWE to work in a top position on the creative team. He starts today at Raw in Atlanta, Georgia.

Prichard’s position was described to PWInsider as being “as important as possible” in creative and he will be one of the top point people on the creative team going forward.

Prichard, who is 55 years old, is best known on camera as Brother Love but worked behind the scenes for a number of years as a producer and directly with Vince McMahon as one of his top lieutenants. Prichard’s new role will be very similar to his former position in that he will be McMahon’s right-hand man.

Prichard has been working as a backstage consultant with WWE since January, according to Dave Meltzer on Wrestling Observer Radio. The idea of bringing Prichard back to the creative team in a full-time position started being seriously discussed last week. It was well received and the idea gained enough momentum for him to strike a new deal on Friday.

Prichard left WWE in 2008 and has since become the host of one of the most popular pro wrestling podcasts, Something to Wrestle With, where Prichard and co-host Conrad Thompson do deep dives into events and personalities from WWE’s history.  The podcast became so popular that a version of it was brought to the WWE Network for a series of episodes with a second season planned for later this year.  There is no word yet on what his return to WWE’s creative team means for the future of the podcast itself.

Prichard originally broke into the wrestling business under Houston promoter Paul Boesch and worked for Impact Wrestling after leaving WWE in 2008.  He has made cameos as Brother Love on WWE television in recent years.