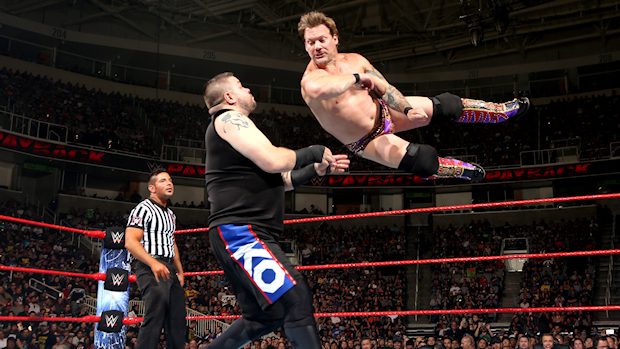 – It looks like Chris Jericho will continue to work WWE house shows while he’s off television.

WWE will be holding non-televised live events in Tokyo, Japan on June 30 and July 1. On their website, Y2J is advertised for both shows.

Jericho beat Kevin Owens for the United States Championship at Payback on April 30, then lost it back to him two days later on SmackDown LIVE. He was then written off TV after a post-match attack by Owens. He is currently touring with Fozzy and has dates scheduled through next month.

In 2015, Jericho solely worked non-televised shows until returning to television in September of that year.

English reveals that he wasn’t asked to go to his. Graves said he didn’t attend any of his proms.

After retiring from the ring in 2007, Kidman became a Producer for WWE and is seated behind the video wall of WWE’s entrance stage at Raw, SmackDown LIVE, and all pay-per-views events.