Chris Masters on Working for GFW, Thinking He Was Going to TNA, Possibly Returning to WWE, More 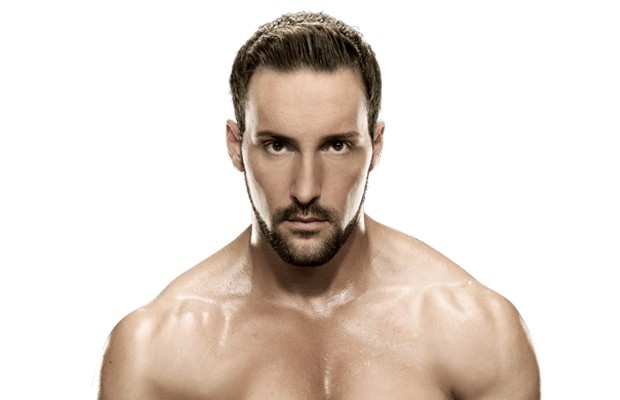 – Chris “The Adonis” Mordetzsky, formerly known as “The Masterpiece” Chris Masters in WWE, recently spoke with The News Hub to promote Global Force Wrestling. The full interview is at this link. Below are highlights:

What differences would you say in character separate The Adonis from The Masterpiece?

I don’t know how much a difference there is in character but I’ll say this about myself that I’ve been doing this close to a decade and I’m much more well-rounded, much more mature performer, my in-ring work is the best it’s ever been. Basically, I’ve reached my peak I believe within the last few years in terms of in ring ability and what I can do and understanding what can do and you’ll see me essentially The Adonis formerly Chris Masters but you are going to see basically 2015 version of me which is definitely among one of the top workers in the world.

How would you say you’ve changed/adapted/adjusted in the ring since leaving the WWE?

From 2011 on I made it my goal whether push or no push whatever it was. I was on Superstars and I was given a lot of time then and my goal was just to prove the neigh sayers wrong and be a good in-ring worker and not just a body. To try and give WWE basically make them use me.

If they weren’t going to use me, I was going to make them use me. I was going out there every night and used it as fuel. I’m going to be that damn good. I worked my a** off and everything started coming together, I really started getting it and anybody that’s seen my work from 2011 pretty much on will tell you and vouch for that fact. Even CM Punk said in the promo where he was quote unquote shooting, that I’m not the same guy that most people remember at least not from back in my earlier run, now I can go and I can go with anybody it doesn’t matter who it is.

I’m looking forward to this opportunity with Global Force Wrestling because I think it will be a good platform working a lot internationally, I’ve had some of the best matches of my career over in the UK and Europe and now being with Jarrett I understand it’s Global Force but we’re kicking things off here domestically. It’s good for wrestling fans who want to see me out here to see me doing something and get that exposure and have that platform.

With the number of wrestlers only starting to reach their prime over 30. Would you ever foresee yourself competing in the WWE again with this experience behind you?

It goes back to one of my motto’s in wrestling or sports entertainment whatever you want to call it but never say never. I mean if you’re asking me do I think those opportunities could be available? Considering the context of me being 32 and the experience I have? Then, yeah definitely. I’ve heard a lot of talk from guys about the 30 year old rule in WWE but as far as I’m concerned that is somebody that is not making a smart investment always, there are some exceptions to this rule obviously, like Batista and whatnot but it’s not honestly a smart investment to start training somebody at 30 years old because chances are it takes guys at the very least a year or two to not be ready for TV, let alone 5 years over there to just be something and be half a**ed prepared.

I think wrestling wise I have every opportunity available to me in front of me if I want it but now I’m looking at what’s in front of me and I’m not looking at the past with any negativity. My stay with WWE was nothing but positive. I accomplished a persona over there and I worked off and on there for 10 years. Right now though, I’ve got to focus my attention on where I’m at now and we’ve got this new, young, up and coming promotion that Jarrett’s really putting his backing behind and doing everything he can to pump and I think wrestling fans out there want an alternative at least the real hardcore fans.

It was reported that you competed in a dark match for Impact Wrestling. Any truth to that? Any reason why competing for them and a contract didn’t develop?

Yes. I can’t speak to that. I was under the impression that I was hired by multiple sources within the company and another lesson that I’ve learned in wrestling is don’t count your chickens before they hatch. Until something happens, you can never get excited or disappointed or anything about it. You just have to wait for it to actually happen because you never know. I’ve seen it happen time and time again. TNA was a good example of that. I went into the situation already fully booked and at the time they didn’t want anyone booked who were going to be on shows that were going to be recorded or anything like that. It would have been nice on one hand to be there but on the other hand I didn’t need to be there.

But I was under the impression that I was going to be there. This was from sources within the company and also a personal friend actually. I’m actually friends with Nick Hogan, who’s obviously dad is Hulk. Hulk was actually the one telling me. The crowd was really receptive and everything went real well and obviously I made an impression so Hulk sat me down amongst others and all the reports were positive and looks like I’m getting a job and I didn’t necessarily by it though, but I was kind of like okay, it went well, cool but again to go back I know better than to count my chickens before they hatch. What really got me thinking though that it wasn’t going to happen though when I was on my way home and I got a call from Nick out of nowhere. Now I don’t talk to Nick everyday by any means so when he called me and told me of what his dad told him that was a little more validating in terms of Hulk can say something to me that he may mean or not mean but for him to go out of his way and call Nick within such a short span of time and then Nick call me and tell me led me to believe that it probably was in the bag.

With these things, I feel there is a chain of command or hierarchy or whatever you want to refer to it as and sometimes all it takes is one person in that chain of command to put the thumbs down or not necessarily see a need for you or whatever or maybe even just timing. Timing is also a thing with pro wrestling. Is there a spot for this guy? Or how can we use him? I don’t know specifically what it was but I know it wasn’t on my behalf wasn’t devastating and on their behalf I’m sure it wasn’t devastating. But you never can tell because I never really did anything up there.

How did the opportunity to compete with GFW come about?

Jeff (Jarrett) called me. That’s it, yeah. Jeff, called me and I had worked with him in Ring Ka King in India which was a TNA affiliate at the time and I never met Jeff before or anything like that and after working with him in India and we had a very tough set of circumstances to work with out there but it ended up turning out well and of the utmost professionalism in the terms of the way we were taken care of and the production, the setting. Everything was done so well that once he called me to get on board with this it was really kind of a no brainer. We had done some good things before. Jeff is the kind of guy that has a proven track record he has a resume sort of speak and that was essentially it right there.