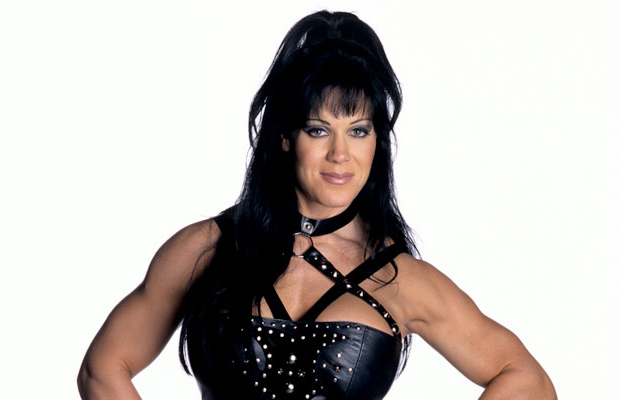 After spending time in the Peace Corps, Joanie Laurer began training for a career in professional wrestling at WWE Hall of Famer Killer Kowalski’s school in Malden, Massachusetts. No one thought at the time they were witnessing the development of one of the most ground-breaking figures in the history of professional wrestling. Appearing under the name Chyna, she was first seen on WWE television jumping the barricade to help Hunter Hearst Helmsley and become the bodyguard for D-Generation X.

As she split away from the infamous stable her persona become more defined and her star grew brighter as she became the first-ever female to compete in the Royal Rumble. Inside the squared circle, Chyna became known as the “The 9th Wonder of The World.” She made history in 1999 at No Mercy when she defeated Jeff Jarrett to become the first female Intercontinental Champion in WWE history.

Her spotlight continued to grow as she was a presenter at the 2000 MTV Video Music Awards, appeared on the hit NBC show 3rd Rock from the Sun and released her own fitness video, Chyna Fitness: More than Meets the Eye. She made a splash as the cover girl of Playboy‘s November 2000 issue with a nude pictorial and broke all sales records previously held by the world-famous publication. In January 2001, her remarkable life story hit print as her autobiography, If They Only Knew, attacked the The New York Times Best Seller list. She fulfilled another conquest on April 1, 2001 when she defeated Ivory at WrestleMania X-7 to capture the Women’s Championship. A few months later, she hosted Robot Wars: Extreme Warriors.

Chyna has remained in the public eye after parting ways with WWE in November 2001. Though she would briefly resurface for Total Nonstop Action Wrestling in May 2011 as an associate for fellow former WWE Superstar Kurt Angle, her days in the ring are largely behind her. However, the world will never forget her incredible contributions to sports-entertainment as a performer, pop-culture figure and a woman. In her prime, she was a dominant force who opened a new realm for female talent in WWE.

Chyna Talks Living In Exile In Japan, Misconceptions Of Herself, Kickstarter Campaign
June 9, 2015 – In her first interview since returning to the United States, former WWE Women’s and Intercontinental Champion Chyna appeared on The Two Man Power Trip of Wrestling podcast to discuss her Kickstarter campaign for The Reconstruction of Chyna, a documentary giving fans a look at how she plans on embarking on a journey to reclaim her life after living in exile in Japan.

Explaining the campaign, she says, “We wanted to do it on Kickstarter because it’s all about the fans. I am basically doing the movie with the fans and I want them to be a part of it and be a part of the movie. They are a part of my life story up to this point. That is the best way to do this and that is together. The fans can tell me more about my matches and the history that I didn’t know when it was actually happening and that is very cool.”

Highlights and audio from the interview are available here; she discusses living in Japan, the biggest misconceptions of herself and more.

After discussing the creative differences he has with Vince McMahon, WWE’s Executive Vice President, Talent, Live Events & Creative was asked if Chyna, his former on-screen bodyguard, one-time real-life love interest and fellow D-Generation X alum, deserves to be enshrined in the WWE Hall of Fame.

Levesque starts his response by acknowledging Chyna’s contributions to the professional wrestling industry, saying she changed the business and therefore deserves a place in the WWE Hall of Fame. However, he also feels it’s a two-sided coin, and a tricky question to answer.

“Does she deserve to go in the WWE Hall of Fame, yes. Will she, that’s a tough situation,” Levesque said.

“You have this eight-year-old kid. He sees the Hall of Fame thing, and says, ‘Chyna, I don’t know who that is.’ So he goes and hops on the Internet, and I don’t have to go into everything, but what would pop up if searched? That’s the hard part.”

The WWE executive and part-time wrestler is alluding to Chyna’s pornographic past, where she starred in a handful of adult films over a period of time. That decision, however, could be more personal, due to Tammy “Sunny” Sytch posing nude prior to being inducted into the WWE Hall of Fame in 2011. Though she wasn’t filmed having sex like Chyna, the former WWE Diva did pose nude in photographs and videos.

Chyna Cancels Appearance At Wrestling Show In Maryland Due To Sickness 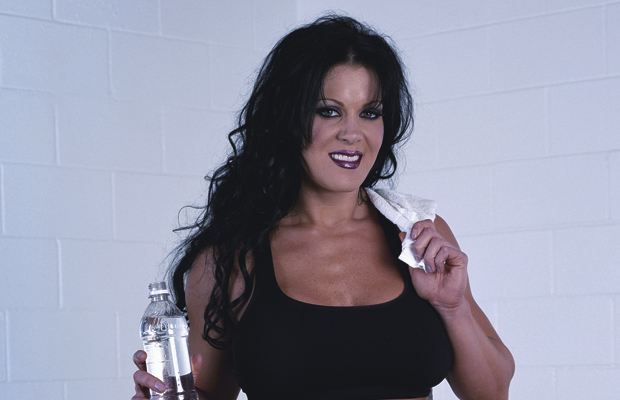 It looks like former WWE Women’s Champion Chyna isn’t making much headway in getting back into the wrestling game. She was scheduled to appear at Maryland Championship Wrestling’s Season’s Beatings event in Joppatowne, Maryland on Saturday night, but canceled at the last minute through her agent due to sickness.