Stokely Hathaway Debuts In NXT With A New Name (Photos) 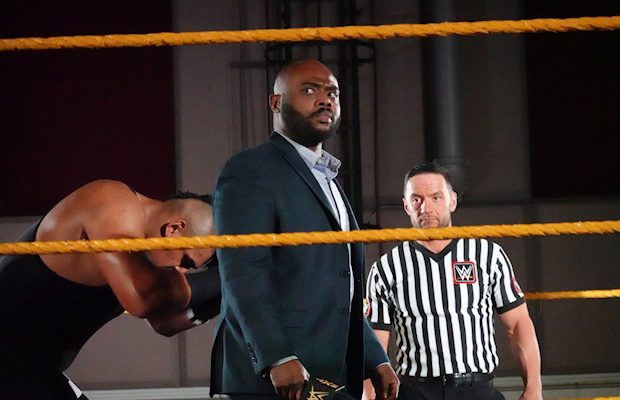 After arriving at the WWE Performance Center last week, the renowned manager made his WWE NXT debut at tonight’s live event in Tampa, Florida representing the massive Babatunde Aiyegbusi.

Although Moore is a trained wrestler, he is best known for his work as a manager on the independent circuit dating back to 2014. The outspoken manager has represented wrestlers in several promotions throughout the United States, including Ring of Honor, EVOLVE Wrestling, Major League Wrestling and the New England-based Beyond Wrestling. With his immediate debut, he’s definitely one to watch in NXT.

Related ItemsWWE NXT News
← Previous Story Will Hulk Hogan Be At WrestleMania?, Becky Lynch On The Massive Success Of Her Funko WWE POP! Figure
Next Story → Is Kurt Angle vs. Baron Corbin Still Planned For WrestleMania 35?