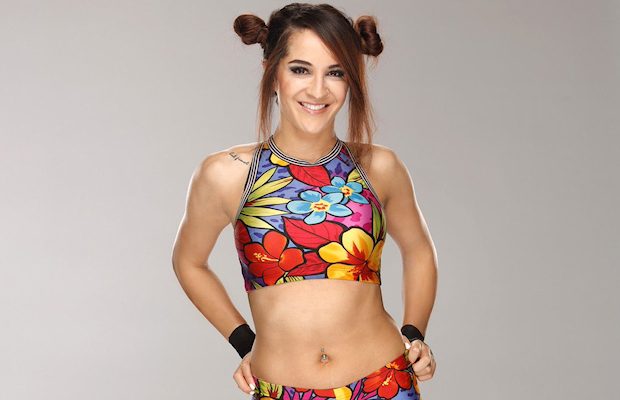 The list of names confirmed for this summer’s Mae Young Classic continues to grow as WWE’s Twitter feed for New Zealand announced Thursday that Evie will be participating in the tournament.

The 29-year-old New Zealand wrestler will be known as Dakota Kai in WWE.

EXCLUSIVE: New Zealand’s own Dakota Kai set to take part in the #MaeYoungClassic as our first ever Kiwi Competitor! https://t.co/3yHZoQ2pQq pic.twitter.com/ePgn7Xeiqw

Shoutout to the boys in black for an awesome win..throwback to that all black everything gear 😏 @AllBlacks #NZLvBIL #AllBlacks #LionsNZ2017 pic.twitter.com/pHVQPtFhND

News of Evie signing a contract with WWE was reported last December by Dave Meltzer in the Wresting Observer Newsletter. She reported to the WWE Performance Center a few weeks ago and wrestled her first match at Thursday’s NXT live event in St. Petersburg, Florida.

Working as a babyface, she teamed with Ruby Riot and Lacey Evans in a match Sonya Deville, Mandy Rose and Taynara Conti.

These three Superstars are all smiles now, but not before they get their hands on their competition in #NXTStPetersburg! @macey_estrella @dakotakai_wwe @rubyriotwwe

Evie has been one of the standouts of the women’s wrestling scene outside of WWE, including appearances for Stardom in Japan over the last few years. She also appeared on an episode of NXT in October 2015 in a match against Nia Jax. The match was Jax’s first on television.