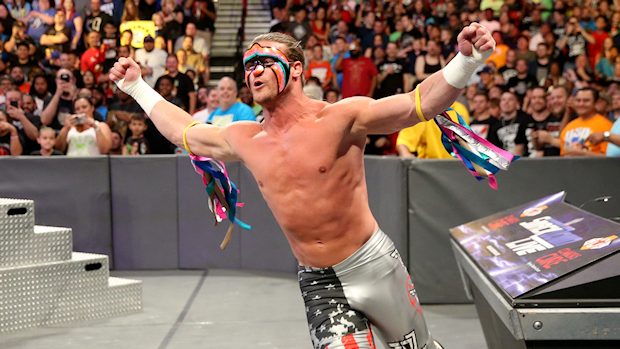 Following up on his shenanigans from last week, Dolph Ziggler treated fans to more outlandish impressions on SmackDown LIVE, mocking Bayley and Ultimate Warrior after doing his best Shane McMahon imitation earlier in the evening.

The Showoff then chastised fans for their taste in WWE Superstars, reiterating his claim that anyone could do a fancy entrance, but no one can do what he does in the ring.

Warrior’s widow, Dana Warrior, who is a WWE Ambassador, was sitting in the front row when this went down. She addressed Ziggler mocking her late husband in a tweet on Wednesday.

Here is a video of her reaction from ringside.

While it appears that she’s simply playing along, there’s a very good chance she had no idea she was going to see what she saw and the whole thing caught her completely by surprise.

Wrestling Observer Newsletter editor Dave Meltzer doesn’t know whether Dana knew in advance that Ziggler would mock her late husband. On the segment, he would only say, “It was notable Ziggler running down Warrior for being unathletic and other things with his widow in the front row.”