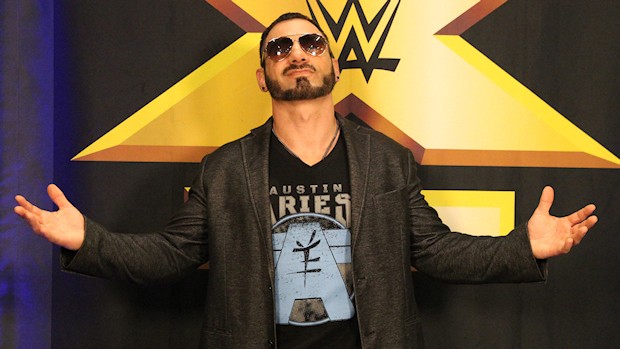 – Former WWE, WCW, ECW and TNA star Raven is working on an interesting new project called “Raven’s Restler Rescue.” Below is the trailer and a sneak peek at the show, which features Raven helping out indie wrestlers. You can purchase the DVD or VOD stream at this link.

– WWE’s website has a new poll asking fans which Legend they would like to see return in Sunday’s Royal Rumble match – Steve Austin, The Undertaker, Shawn Michaels, The Rock or Bill Goldberg. With over 3,000 votes, Goldberg is leading with 34% while Austin is next with 26%, Taker has 14% and Rock is tied with HBK at 13%.

– Daniel Bryan tweeted “this is awesome” in response to WWE’s official announcement on Austin Aries debuting in NXT last night at the TV tapings in Orlando.

– WWE NXT General Manager William Regal will be appearing at tonight’s EVOLVE 54 event in Florida. No word yet on what he will be doing but some sort of angle is expected. NXT stars “American Alpha” Chad Gable and Jason Jordan will be signing autographs for fans before the show and there’s always the possibility that they appear on the show as well.