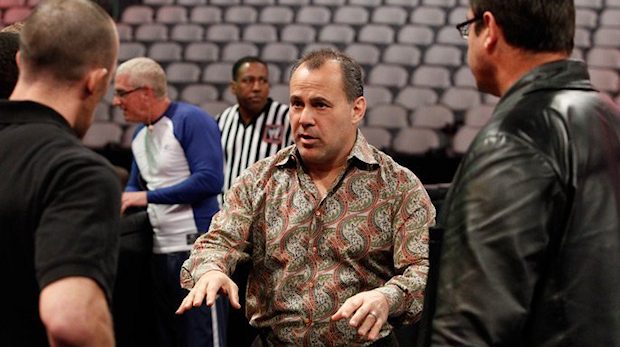 One day after it was revealed that he quit WWE, Dean Malenko has been confirmed for Starrcast II.

Starrcast announced Friday that Malenko will be appearing at their convention next month.

Justin Barrasso of Sports Illustrated reported on Thursday that Malenko quit WWE. Their report has been confirmed by Dave Meltzer of F4WOnline.

Known as “The Man of 1,000 Holds,” Malenko is considered one of wrestling’s best technicians of all-time. Although never a world champion, Malenko achieved championship success in ECW, WCW, and the WWF, winning 11 total titles between the three organizations. Pro Wrestling Illustrated named Malenko the number one wrestler in the world in 1997, and he was inducted into the Hardcore Hall of Fame in 2015. Daniel Bryan said that his “number one guy, growing up, was Dean Malenko.”

Malenko began working behind the scenes with WWE after his retirement from in-ring competition in 2001, assisting wrestlers with their matches.

“His greatest strengths were booking tag matches, finding ways to highlight shorter talent, and his knowledge of a technical style that is far different from the WWE brand of wrestling,” Barrasso wrote.