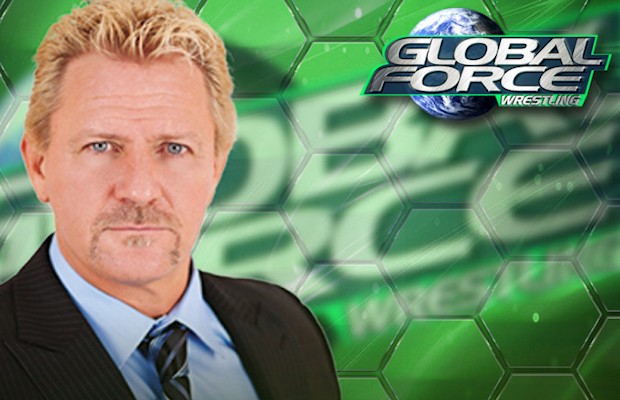 – We noted earlier in the week that Jeff Jarrett’s Global Force Wrestling has partnered with American Ninja Warrior producer A. Smith & Co. Productions for a new series that will create what they call a “revamped wrestling format.”

No official details have been announced yet but it was reported that the series would feature international wrestlers from the GFW roster with the production style that A. Smith & Co. uses on shows such as NBC’s Spartan Race and FOX’s Hell’s Kitchen.

In an exclusive update, the plan is for the show to be a 13-week series. Right now they are looking at doing one new 13-week series every year but obviously something like that would depend on how successful the first series is. They are also looking at eventually running pay-per-view events.

Players involved were meeting this week to work out more details and dates. The plan is to tape matches over several events that will narrow a group of indie wrestlers down to 16. It looks like GFW is partnering with a few established indie promotions on the East and West coast to provide them with talent. Wrestlers will be judged by a panel of three “industry experts” and it looks like that is how they will narrow the field down to 16. Jim Cornette may be one of those judges but I couldn’t confirm that.

The final 16 will be featured at a TV taping in Las Vegas later this year to determine a winner. I’ve heard that they are in talks with a “major cable network” and have plans to announce everything in May, including the TV deal.

It should be noted that the source of this information reiterated how everything is still up in the air and the format could change. There’s a bit of skepticism among veteran indie promoters involved, and some buzz among wrestlers, but a source commented, “Got to commend Jarrett for still trying.”