More Details On Lana’s Heat In WWE, Wrestlers Refusing To Work With Her 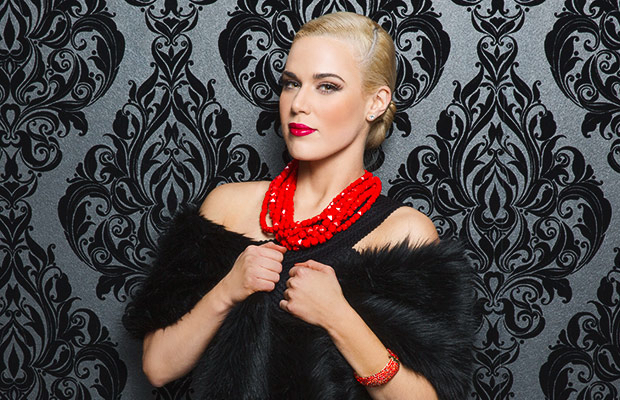 There is “nuclear heat” on Lana right now, according to F4WOnline.com. That led one person close to the situation to write “MAJOR UNDERSTATEMENT” to Wrestling Observer Newsletter editor Dave Meltzer in response to the claim.

While members of WWE management are unhappy with Lana, the heat has carried over into the locker room as well. This animosity largely stems from the feeling that Lana sabotaged WWE’s angle with Dolph Ziggler and Summer Rae. The heat is so great that some male and female wrestlers have told writers they refuse to work with her, feeling she has a huge ego and can’t be trusted. Furthermore, members of the makeup team have said they refuse to do her makeup and a number of Divas have unfollowed her on both Twitter and Instagram.

It was reported by numerous wrestling news outlets that Rusev and Lana could appear on last Monday’s Raw since it would be taking place in Nashville, Tennessee, where the couple resides. Rusev did end up appearing, delivering a surprise jumping sidekick to Roman Reigns while Reigns was staring down Triple H and WWE World Heavyweight Champion Sheamus of The Authority joining them in the process. Later that night, he faced Roman Reigns in the main event, which ended in a disqualification, due to aid from King Barrett and the WWE World Heavyweight Champion Sheamus. Lana was backstage, but kept to herself.

It is highly unlikely that Lana will return to television anytime soon since WWE has no plans to pair her up with Rusev on television, and of course, she doesn’t wrestle. She was recently cleared to return to the ring, but many believe she has no desire to do so. Lana was recently at the WWE Performance Center, but she was there to accompany Rusev and rehabilitate herself.

On October 11, TMZ reported that Lana had gotten engaged to Rusev in real life. Lana then confirmed the engagement on WWE.com and it began being used in the storyline on television, which resulted in Summer Rae ending her association with Rusev on the October 12 episode of Raw. Many people in WWE feel Lana sabotaged the angle to avoid having to wrestle. I personally feel that Lana felt Vince McMahon was trying to break her up from Rusev in real life, so she publicly confirmed her engagement to put an end to the storyline.

In the spring, Meltzer and Figure Four Weekly editor Bryan Alvarez suggested on their audio show on F4WOnline.com that McMahon broke Lana and Rusev up television to facilitate a real-breakup. This speculation was based on the WWE Chairman apparently having the hots for Lana and feeling that someone who looks like Rusev shouldn’t be with her.

Many people in WWE do not blame Summer for the ordeal, and management was quite happy with how she handled it all. This is why she didn’t seem to fall down the WWE ladder and ended up being paired up with Tyler Breeze shortly after. The blame also didn’t fall on Rusev either since he is being featured in a similar way he was before his latest injury.

On Wrestling Observer Radio, Bryan Alvarez said that he’d be surprised if we ever see Lana again, though Meltzer believes she will be back at some point.