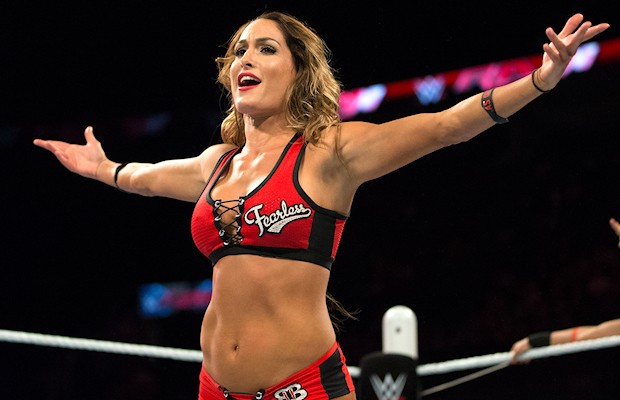 WWE had planned for Nikki Bella to make an appearance on Raw last Monday, setting up possible involvement in the 10-Divas Tag Team Match on the WrestleMania Kickoff in a non-wrestling role. According to ProWrestlingSheet.com, those plans, and any ideas Nikki had about a full-time return to wrestling, were ruled out after her latest meeting with her medical team.

Nikki was reportedly told that even a small bump at this point could seriously set back her recovery, meaning she will be unable to corner Brie as she wrestles what’s expected to be her last match or matches in Texas. The report also says a CAT scan this July will reveal how well the bones in her neck have fused, and provide answers on if she’ll be able to wrestle ever again.

Doctors have already informed her that, best case, she’ll only be a part-time wrestler in the future.