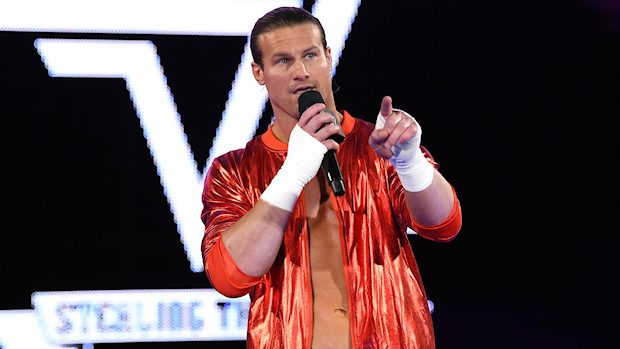 After rejecting an offer to become a producer, rumors have emerged that Dolph Ziggler could be leaving WWE in the near future.

On Twitter, the former WWE World Heavyweight Champion is now going under his real name, Nic Nemeth, rather than Dolph Ziggler. He opened a Pro Wrestling Tees store under his real name and is also promoting a comedy tour that kicks off on January 27 in Phoenix, Arizona (which is the same date and location as the Royal Rumble).

Mike Johnson of PWInsider fueled this rumor on Thursday by reporting that Ziggler looks to be done with WWE after turning down an offer to become a producer.

While some people in WWE denied that Ziggler is leaving the company, others are suggesting that he will be done on January 31 as that’s when his contract expire.

Ziggler has not appeared on WWE television since the New Year’s Eve episode of Raw where he was defeated, and then beaten down, by Drew McIntyre in a Steel Cage Match. Ziggler worked the annual holiday tour at the end of December and the first house show tour of 2019, competing in Triple Threat Matches against Finn Balor and McIntyre. His last match took place on Sunday, January 6 at a live event in Fort Myers, Florida. He hasn’t been backstage at any shows since then.

Ziggler has expressed frustration over the years with his position in WWE. During an appearance on Edge & Christian’s podcast in late December, Ziggler discussed his role with being “the gatekeeper” and helping get NXT talent over.

“My job of making somebody that should be ready for a world title picture becomes harder and it’s not as much of a shove and if you see the last six months, a year of TV, basically, I’m a gatekeeper to the guys from NXT coming up that they have high expectations for, but if I lose for eight consecutive months before they show up, they are no longer getting that pat on the back to go up a notch, so I almost feel like it’s taking back from my role,” Ziggler said. “So I don’t know what the change would be, either be to switch things up, disappear here and there, or, I’ve said this to the boss on several occasions, I go, ‘I’ve made a career out of almost never winning, which is awesome,’ but I go, ‘at some point, I have to be seen as someone who can win, not just by pulling a needle out of a haystack or a lottery ball saying tonight is finally going to be the night because then it loses all of that luster.’

“Wins and losses don’t matter unless you’re the guy who loses every single night. And, if you’re that guy, then maybe you should be in the dark match, not fighting to see who becomes world champion each night. And even if you do pull that rabbit out of the hat, people know it’s not long term.”