Another NXT Wrestler Gets A Name Change 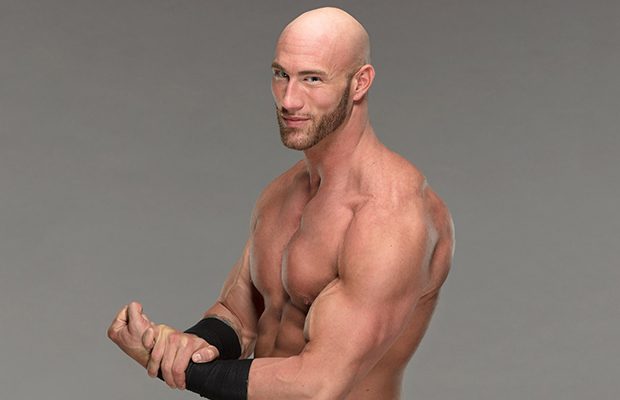 Dan Matha is the latest NXT wrestler to undergo a name change as he will be known as Dorian Mak going forward.

A fan who often attends NXT live events in Florida noticed that Matha is now referring himself to “Wwe Super Star Dorian Mak” in his Instagram bio.

Matha will apparently still refer to himself by his real name on social media as he posted a “Matha Motivation” video tonight talking about confidence.

Confidence is a by product of competency. Hone your skills and you’ll have all the self believe you’ll ever need! #MathaMotivation #Motivation #Manifestation #Action #Confidence #Selfmastery #Discipline #Competency

A former professional football player, Matha joined the WWE Performance Center in September 2015 as part of a class of 19 recruits that included Ember Moon, Mandy Rose, Oney Lorcan, Rich Swann, Sonya Deville, and Velveteen Dream. He made his NXT in-ring debut in March 2016 and according to CAGEMATCH, has wrestled 130 matches since then.

Matha has only made two television appearances during his time with WWE. On the October 5, 2016 episode of NXT, Samoa Joe ruined his debut by attacking him before a scheduled match.

Matha’s second and last television appearance took place in April 2018 as he competed in the first-ever 50-Man Greatest Royal Rumble Match. He was eliminated by eventual winner Braun Strowman.

Matha was recently repackaged in a tag team with Riddick Moss as his partner and Robert Strauss as their manager. Calling themselves The Outliers, they’ve been wrestling as heels at non-televised live events in Florida.

The baddest mofos on the planet 🌎