Dusty Rhodes Passes Away - Details On His Cause Of Death 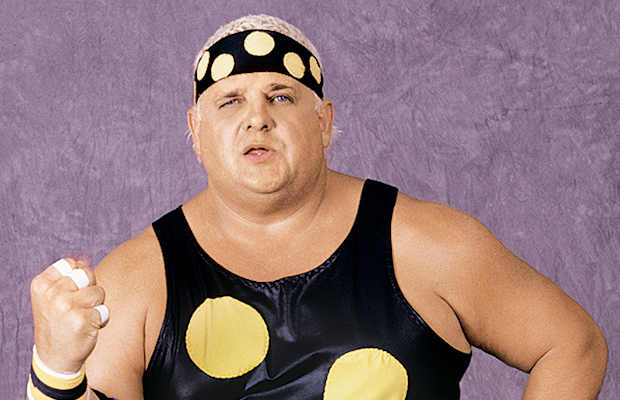 The son of a plumber, Dusty Rhodes suffered from the crippling disease osteomyelitis, a bone affliction that prevented him from walking as a boy. As a man of the people, he possessed tremendous drive, courage and charisma that made him 275 pounds of blue-eyed soul who captivated an entire nation. Continue Reading | Latest Dusty Rhodes News WWE announced on June 11, 2015 that Virgil Runnels, famously known as “The American Dream” Dusty Rhodes, had passed away.

According to TMZ.com, emergency personnel responded to Runnels’ home in Orlando, Florida the previous day at 5:56 a.m. after receiving a phone call that he had fallen. He was rushed to a nearby hospital where he passed away. Runnels suffered “numerous complications” due to the fall, which ultimately proved fatal. Wrestling Observer editor Dave Meltzer reported that Runnels’ kidneys shut down and he suffered from dehydration.

Runnels is survived by his wife and four children. The obituary for Virgil Runnels, Jr. (aka Dusty Rhodes), who passed away on Thursday after falling in his home the previous day, was published Sunday by The Tampa Tribune.

RUNNELS, Virgil, Jr. (aka Dusty Rhodes), left this Earth on June 11, 2015. He was sur-rounded by his four children and his loving and devoted wife. He was pre-ceded in death by parents, Virgil Runnels, Sr., Katherine Trefell and step-father, Mike Trefell. Dusty is sur-vived by his wife, Michelle Rubio Runnels; children, Dustin (Ta-rel), Kristin Ditto (Don), Teil Gergel (Kevin), and Cody (Brandi); grand-children, Dakota Runnels, Dalton and Dylan Ditto, and Maris and Kellan Gergel.

Also survived by brother, Larry (Denay) of Louisville, CO; and sister, Connie Jones (Gary) of Pensacola, FL. Dusty and Michelle spent 37 years of devoted marital bliss. He was the ultimate pro-vider and a legend for all the right reasons. The family would like to extend its deepest gratitude to Dr. Joe Chiaramonte and Bran-don Health Management for their loving care and support. The family re-quests donations in Dusty’s memory to Connor’s Cure (givetochildrens.org/connorscure) and Joe Torre Safe At Home (joetorre.org).