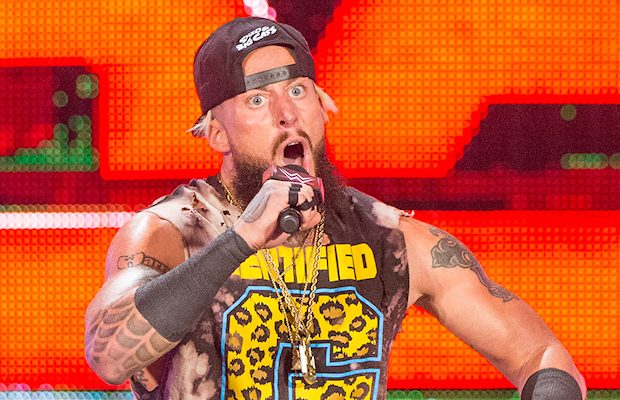 – Singer Sophia Grace, who appeared on WWE SmackDown several weeks back, will premiere her new “Hollywood” music video on this week’s SmackDown. The video features The Bella Twins, Naomi, Lana and Sasha Banks. Below is behind-the-scenes footage:

– Enzo Amore spoke with the WWE website about appearing in the ring with WWE Hall of Famer Shawn Michaels last week on RAW. Enzo, who considers HBK his boyhood idol, commented on if Shawn shared any advice or encouragement with him backstage:

“Oh yeah, all day. They tell you that you never want to meet your heroes. Well, I’m so glad I got an opportunity to meet Shawn Michaels, because he didn’t let any of my expectations down. He’s the coolest guy ever. He’s the G.O.A.T. in the ring and being able to speak with him for hours about the business, about times he had, about in-ring work, about the match that Big Cass had, being able to crotch chop in the ring with him, it was just so surreal. Crazy!”

– Not only did Triple H praise the first-ever WWE UK Champion Tyler Bate on Twitter, he also tweeted these props to Pete Dunne, who lost to Bate in the finals:

But before I go… @PeteDunneYxB