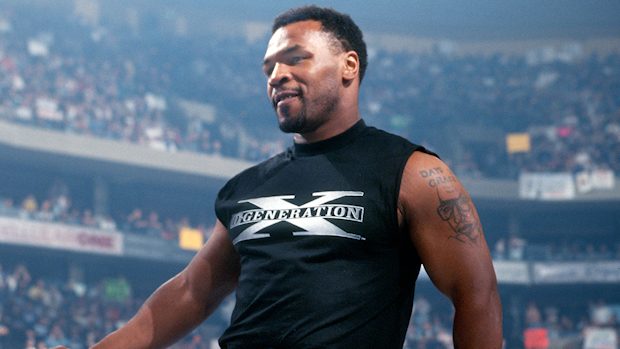 Eric Bischoff is not happy with Bret Hart over a claim he made about him a few years ago on the WWE Network series, Monday Night War.

On Thursday, a clip from the series on boxing legend Mike Tyson’s involvement in the Monday Night War in 1998 appeared on the WWE Network’s Twitter feed. Hart is shown saying that when he was in WCW, Bischoff rejected the idea of bringing Tyson to the organization.

Hart said, “Word had just come out that Mike Tyson was doing something with Vince [McMahon]. I remember Eric Bischoff telling me, Mike Tyson had called him first. And he kind of blew him off and he said, ‘We don’t need Mike Tyson.’

“And I remember listening to that thinking: Steve Austin and Vince. Oh, and Mike Tyson. These guys are going to kick the hell out of WCW.”

Bischoff, who the WWE Network tagged in the tweet, called Hart’s claim ‘nonsense.’

This is absolute nonsense. Bret Hart is full of shit.

Bischoff then said Hart needs a dementia check in response to a fan.

Tyson’s involvement with WWE led to an appearance at WrestleMania XIV, where he served as the special enforcer in the showdown between WWE Champion Shawn Michaels and “Stone Cold” Steve Austin.