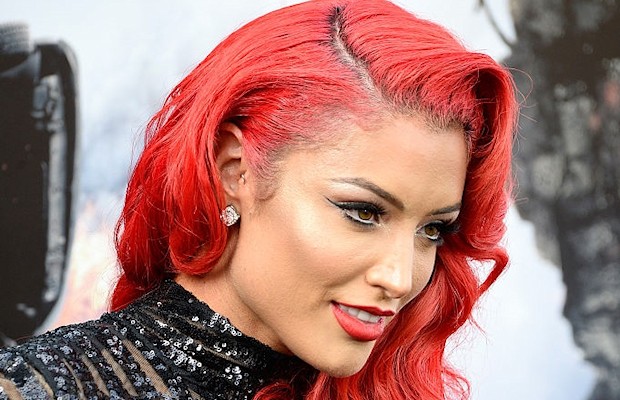 – After missing the recent set of WWE NXT TV tapings due to Total Divas filming in Paris, Eva Marie will be back in action at tomorrow night’s NXT tapings from Full Sail University. We will have live coverage as usual.

– Batista will be participating in a Twitter Q&A on Thursday afternoon to promote the James Bond “OO7: Spectre” movie that comes out soon. Fans can submit questions with the hashtag #AskSPECTRECast.

– CM Punk and AJ Lee were in attendance for last night’s Chicago Cubs vs. New York Mets MLB playoff game in Chicago. Punk’s Twitter indicated that they’re headed to tonight’s game too, where his Cubs may get knocked out of the National League Championship Series. Here is AJ with actress Aimee Garcia: