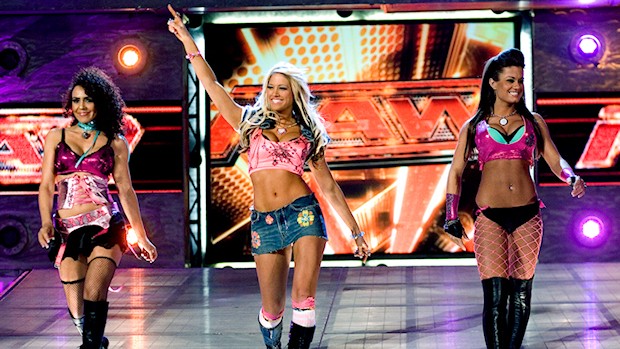 The heart of this dance group and its extreme beginnings began as Kelly Kelly started her career in sports-entertainment in 2006 as part of Extreme Championship Wrestling (ECW). In January 2007, Kelly returned to ECW and promised the Exposé would be back but that now she was bringing friends. The trio of Kelly, Brooke and 2006 Diva Search winner Layla danced with moves so hot the squared circle almost melted during their performances.

The following August, the trio appeared in an online pictorial for FHM that drove online traffic off the charts. Unfortunately for fans of group, dissention amongst the members of Extreme Exposé members set in when the self-proclaimed “chick magnet,” The Miz was drafted to the ECW brand from SmackDown. The dance troupe dissolved for good after Brooke was released from her WWE contract while Layla and Kelly settled their differences inside the squared circle.