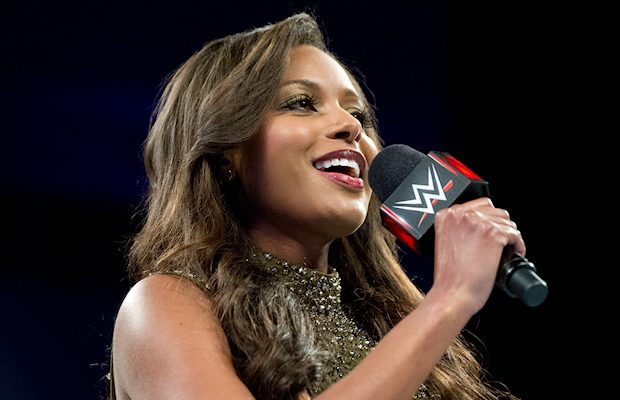 – Former WWE star Eden (Brandi Rhodes) announced this week that she’s writing a horror novel. You can read a brief excerpt on her official website at this link. She wrote the following on the new career direction:

I’ve been unable to share a lot of what I’ve been doing post WWE for a great many reasons. Some of which I still can’t share, I’m sorry, but trust me…THEY ARE WORTH THE WAIT! However, I’m now able to share a little something that I am actively working on and close to completing!

As many of you know, I eat, sleep and breathe the horror genre. I watch everything, I read everything, I go on haunted tours…I’m an October JUNKIE with haunted houses and HHN as a constant horror IV to my bloodstream. A dream of mine has always been to contribute to the horror genre in some form…hopefully in more than one form…anyway, I am.

I’m writing a horror novel! It’s pretty rad. There’s blood, there’s suspense, there may be death. You’ll have to read and see. Since I cannot give you a finished product…yet…I decided to share a snipet. Hopefully it gets you as excited as it gets me! And if you’re excited about this of course I WANT TO HEAR FROM YOU! So comment away!

– Real-life WWE couple Paige and Alberto Del Rio were split up in the WWE Draft as Paige is going to RAW and Del Rio is headed to SmackDown. On last night’s WWE Network coverage of the Draft, Booker T made a few mentions of Paige likely being upset over the move, but blamed her anger on being picked late in the Draft. Many assumed Booker was insinuating that Paige was upset over her and Del Rio going to different brands. Del Rio was interviewed backstage about his pick and didn’t seem too thrilled.