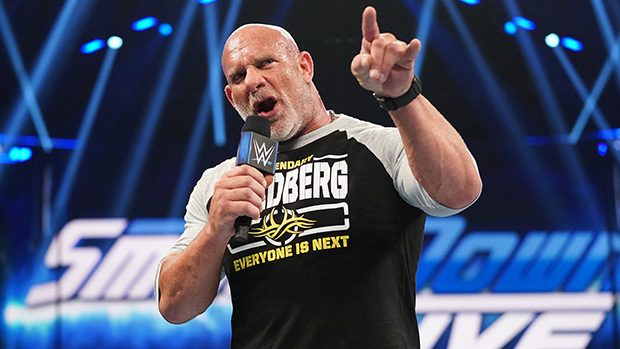 Goldberg made his first-ever appearance on SmackDown LIVE as he prepared for his clash with The Undertaker this Friday at WWE Super ShowDown. The WWE Hall of Famer did not back down after “The Deadman”‘s chilling words on Raw, telling “The Phenom” that although he respected him, Undertaker would still be “next” this Friday.

The gong suddenly hit and Undertaker appeared in the ring face-to-face with Goldberg. The two stared each other down just days before their dream match in Jeddah, Saudi Arabia, but then, just as quickly as “The Deadman” appeared, he was gone. Goldberg said on the microphone once more that Undertaker would be getting the full Goldberg experience this Friday and that he better be ready.

According to Bryan Alvarez and Mike Sempervive of Wrestling Observer Live, Goldberg’s latest contract with WWE gives him complete control over his promos, meaning the final hype for his Super Showdown match with The Undertaker featured his own words.