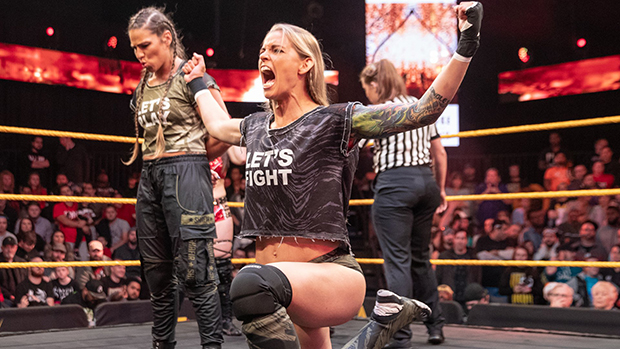 A nude photo of Jessamyn Duke has leaked online.

On September 7, 2020, a nude photo of the former WWE NXT Superstar briefly appeared on her Instagram Story. The photo shows Duke snapping a topless selfie in front of a mirror.

Duke apparently uploaded the photo herself since her Instagram account didn’t appear compromised. However it also raises the question as to whether Duke accidentally posted a nude photo of herself.

Duke was under contract to WWE at the time of the incident. Just one week earlier, Duke competed on Raw Underground, an underground fight club hosted by Shane McMahon. She easily defeated local competitor Avery Taylor in what would be her final WWE appearance. WWE released Duke on May 19. 2021.