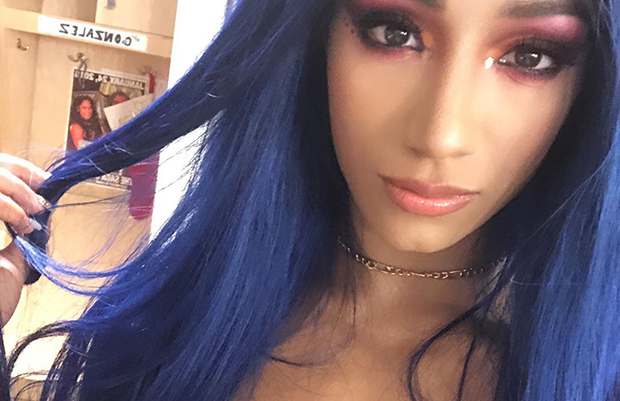 Sasha Banks has solidified her spot among WWE’s greatest female Superstars, capturing a women’s championship on six occasions. “The Boss” backs up all her bragging with ferocious intensity in the ring and an endless amount of desire to be the best.

The Hottest Photos Of Sasha Banks →
Sasha Banks proves why she’s among WWE’s finest women in these 60 hot photos.

Hot Photos Of Sasha Banks’ Ass →
Sasha Banks has a great ass and she’s not afraid to flaunt it. Check out these 45 hot shots of “The Boss” showing off her sexy booty.

After various photos and videos depicting WWE Superstar Paige in sexual situations surfaced online due to hackers, rumors began spreading that this scandal involved other women in the wrestling world, including “The Boss.”

A few days earlier, private photos of actresses Emma Watson and Amanda Seyfried began circulating on the dark corners of the internet. The leak — dubbed “The Fappening 2.0” in reference to a similar celebrity hacking scandal from 2014 — has targeted a number of other famous names.