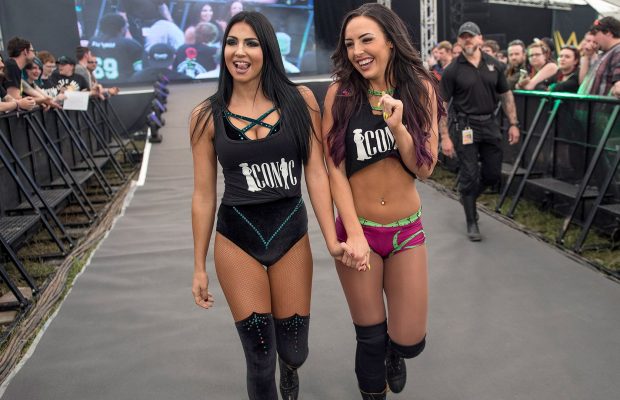 – NXT’s Iconic Duo has a new YouTube series called “Iconic or Not” with Billie Kay & Peyton Royce. In the premiere video, Billie Kay and Peyton Royce determine which celebrities and pop culture trends qualify as “iconic” and which fall short.

– NXT star Tyler Bate is out of action with a minor knee injury, according to the latest issue of the Wrestling Observer Newsletter. Bate and Trent Seven were scheduled to compete in the Dusty Rhodes Tag Team Classic. An angle was staged at last week’s NXT television tapings to set up Pete Dunne and Roderick Strong to replace Bate and Seven. WWE also changed up the bracketing after it was first announced, which would indicate another change of plans.

– Raw Tag Team Champion Sheamus is celebrating more than one million views on his Celtic Warrior Workouts YouTube channel that launched just a few months ago. He tweeted the following on hitting the milestone: