James Ellsworth On Who Came Up With Carmella Pairing, Vince McMahon's Reaction To The Idea - PWPIX.net

Home / Wrestling News / WWE News / James Ellsworth On Who Came Up With Carmella Pairing, Vince McMahon’s Reaction To The Idea

James Ellsworth On Who Came Up With Carmella Pairing, Vince McMahon’s Reaction To The Idea 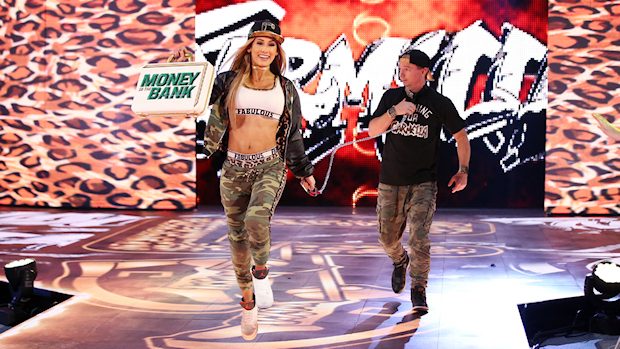 How did the pairing of Carmella and James Ellsworth come to be?

Contrary to popular belief, it wasn’t Vince McMahon who birthed the duo but Carmella herself, who viewed the pair as a win-win scenario.

Appearing on Jerry “The King” Lawler’s podcast Dinner With The King, Ellsworth breaks down how Ms. Money in the Bank found her current beau.

“I think it was last year at the European tour in November, she came to me and said, ‘Hey, I have this idea about putting you with me whenever you’re done with the Dean Ambrose and AJ stuff comes to an end, I have this idea to pitch to them. They put you with me, you fall in love with me, and I use that to my advantage to win matches and get me to the women’s title,'” Ellsworth explained.

Ellsworth was receptive to the idea even though he hadn’t had a previous working relationship with Carmella. The idea eventually earned them a pitch meeting with Vince McMahon himself.

“I said yeah, that would be a great idea. I didn’t know her much back then,” he said. “She went to Vince, and she pitched right to Vince, and Vince loved it. It’s ten, going on eleven months that we’ve been on TV together.”

The on-screen pairing has worked well for them, as Ellsworth helped Carmella win the first-ever Women’s Money In The Bank briefcase. Carmella is poised to be a cornerstone for the future of the WWE Women’s Division. Ellsworth said he has enjoyed working with her and their working relationship has blossomed into a friendship outside the ring.

“We are good friends. We text all the time,” Ellsworth said. “She’s a very, very smart girl, and she’s easy to talk to. We get along great.”