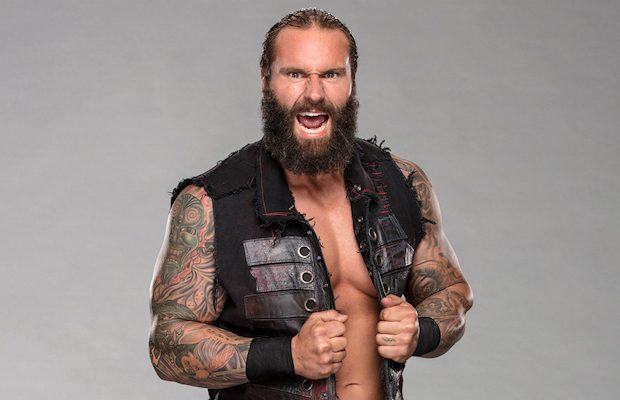 The incredibly intense Ryker pulverized Carrillo from start to finish. He overwhelmed Carrillo with brute strength and used ruthless tactics to maintain the upper hand. Carillo tried to turn the tide by launching himself off the top rope, but Ryker swatted him out of the air like a fly. Ryker then put Carrillo out of his misery with a slingshot powerbomb to score the decisive victory.

Ryker — real name Chad Lail — is best known for his work in Total Nonstop Action Wrestling (TNA), where he wrestled from 2010 through 2015 under the ring name Gunner. During his time with the promotion, he captured the TNA World Tag Team Championship with James Storm, as well as the TNA Television Championship.

Following his departure from TNA in June 2015, Lail continued working the independent scene and had a tryout later that year at the WWE Performance Center.

“In 2015, I left another company and had kept in good contact with guys like Dash Wilder and Edge, and they put me in touch with William Regal. Mr. Regal got me a tryout in 2015, and I think he just wanted to get a look at me because he heard from Edge that, “Hey, you might want to take a look at this guy.” Edge helped me out,” Lail said in an interview with WWE.com last November.

What happened after that?

“Well, my daughter was just born in September of [2016], and I was working some independent shows and it had been two years since I had the tryout with WWE. I had kept in touch with Mr. Regal, and he would always be straightforward with me. I started working a second job just to take care of and support my family. Then, lo and behold, I got a call [in March 2017] and they offered me my contract,” Lail said.

Lail made his NXT wrestling debut on June 29, 2017, at an NXT live event in St. Petersburg, Florida. He fell short in his debut match, losing to No Way Jose.

Since then, the former TNA star has worked over 70 matches. He worked under his real name until July, at which point WWE changed his ring name to Jaxson Ryker. His partnership with Blake and Cutler goes back even further as they began teaming together in February.

Lail’s ultimate goal is to compete at WrestleMania. The North Carolina native says he’ll never go to one unless he’s part of the show.

“I guess the child in me says WrestleMania. That’s my ultimate goal,” Lail said when asked about his long-term goal in WWE.

“During that two-year wait when I wasn’t with WWE, I had opportunities where people would come up and ask me, “WrestleMania’s in Orlando, do you wanna go?” I’m stubborn. I’d say, “Nah, man.” I always said I’d never go to WrestleMania unless I was part of WrestleMania, and I’ve stuck to that.”