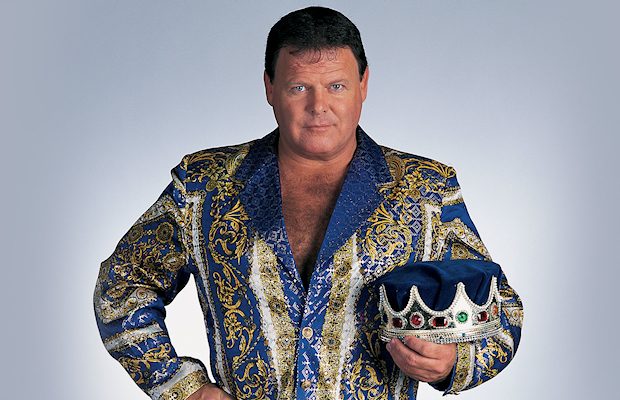 – Jerry “The King” Lawler will be at the announce table this Sunday at the Royal Rumble after coming face-to-face with Dolph Ziggler on the “King’s Court” on SmackDown LIVE. The WWE Hall of Famer appeared on the Cerrito Live Podcast over the weekend and was asked about how his return to SmackDown LIVE happened.

“I re-signed another contract, so everything’s cool,” Lawler said.

When asked about how long he has re-signed for, he said WWE is re-signing everyone for one year at a time. He said that everything is open, and WWE is very spontaneous so he doesn’t know exactly when and how he’ll be used in the future.

– Some WWE producers were upset that plans for Mickie James and her return to WWE were leaked online before SmackDown LIVE.

It should be noted that plans of James returning on Tuesday were not actually leaked online. It was reported a few hours before the show by PWInsider.com that James was backstage at the show. However, they didn’t say she’d actually be revealed as La Luchadora on that night. Of course though, many fans correctly predicted that she would be returning Tuesday night, which likely had producers believing her return was leaked.