Jinder Mahal - The Great Khali Video, The Rock on Considering UFC In the Past, Birthdays - PWPIX.net

Home / Wrestling News / WWE News / Jinder Mahal – The Great Khali Video, The Rock on Considering UFC In the Past, Birthdays

Jinder Mahal – The Great Khali Video, The Rock on Considering UFC In the Past, Birthdays 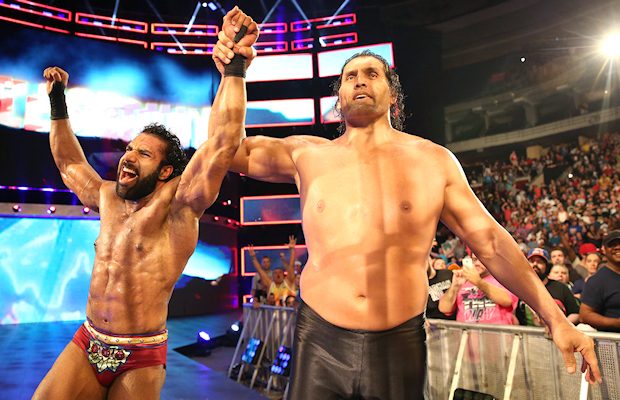 – Below is video of WWE Champion Jinder Mahal with The Great Khali after his Punjabi Prison win over Randy Orton at WWE Battleground last night. Jinder says this was his turf and his rules, and he came with a plan to walk out of Punjabi Prison with the title. Khali gives Jinder some props before The Modern Day Maharaja raises the title to end the segment.

– The Rock tweeted the following on being interested in UFC years ago when replying to a tweet that asked if fans could imagine seeing The Great One in the Octagon:

Yup, I considered @ufc 10yrs ago. My goal was @GregJacksonMMA as my coach & 2 full yrs to train. Smartened up 'cause I prefer my jaw in tact https://t.co/p0Yn9n7MGq