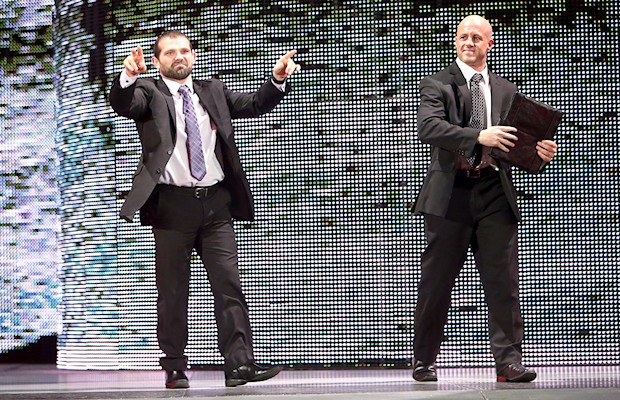 – WWE issued the following today to fans in Italy:

Like other digital subscription services, such as Netflix and Hulu, fans are able to sign up online by going to WWENetwork.com and can watch WWE Network on their TV through connected devices such as Xbox One, Xbox 360, Amazon Fire TV, Apple TV and Roku streaming devices as well as Smart TVs. WWE Network is expected to be on Sony platforms, including Sony PlayStation 3 and Sony PlayStation 4 prior to SummerSlam® on Sunday, August 23.

– Ric Flair, Goldust and Stardust are all backstage at tonight’s WWE RAW in Chicago, likely for the post-RAW live Dusty Rhodes tribute.

– Jamie Noble and Joey Mercury have made some changes to the Cadillac CTS given to them by WWE World Heavyweight Champion Seth Rollins, as seen in the photos below:

Look at my baby after I had it worked on!!!! Thank you Seth Rollins!!!! pic.twitter.com/yH5UMmVzUl

J and J and you can see my sweet Apple Watch in this one!!! Seth Rollins is the best boss ever!! pic.twitter.com/TlFaQcI6ox