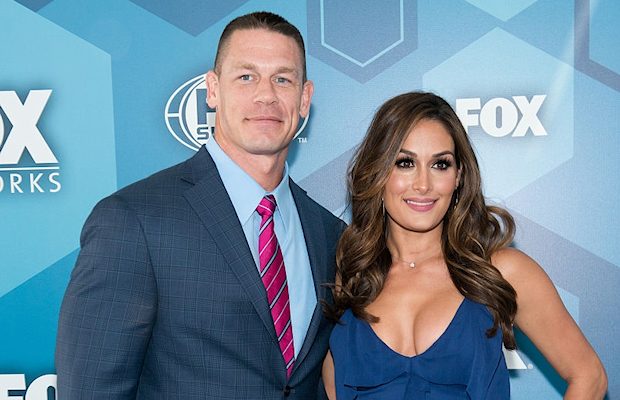 – John Cena and Nikki Bella teamed for the first time on last night’s WWE SmackDown and picked up a win over Carmella and James Ellsworth. The finish saw double Five Knuckle Shuffles, an Attitude Adjustment from Cena while Nikki did the Rack Attack 2.0, and Cena doing the Attitude Adjustment while Nikki applied the Fearless Lock. The couple was attacked by rumored WrestleMania 33 opponents The Miz and Maryse after the match, as seen in the video below:

– Naomi noted on Twitter that her knee is still not 100% but she’s hopeful for a WrestleMania 33 appearance in her hometown of Orlando. She wrote, “Yes doing a lot better but I’m still going to rehab weekly knee still isn’t at 100 but I still have time to try & make mania I’m not giving up”

Yes doing a lot better but I'm still going to rehab weekly knee still isn't at but I still have time to try & make mania I'm not giving up https://t.co/uCqd7Yxu8K