Home / Features / John Cena on WWE Cleaning Up Its Image After The Attitude Era, Make-A-Wish, WWE and Acting

John Cena on WWE Cleaning Up Its Image After The Attitude Era, Make-A-Wish, WWE and Acting 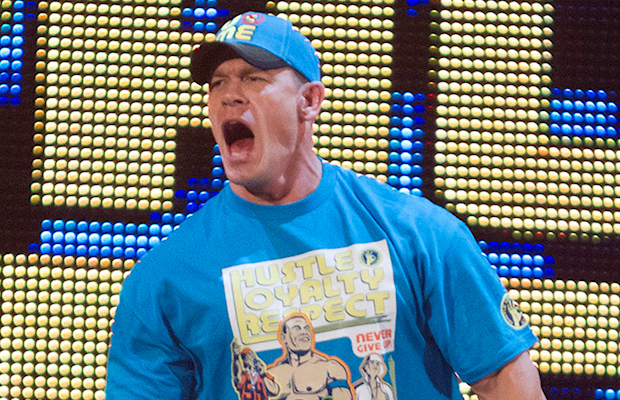 – The New York Post has an article on WWE United States Champion John Cena holding the all-time record for the most Make-A-Wish wishes granted with more than 460.

Cena commented to The Post on WWE cleaning up its image after The Attitude Era:

“In the height of the Attitude Era, it could be compared to a touring frat party. We made a conscious effort to clean up.”

Cena also commented on why he puts so much into the Make-A-Wish appearances:

“When I hear that this child wants to hang out with [me] for the day, I think that’s the most flattering thing that I could ever be a part of.”

Finally, Cena commented on acting and being in Judd Apatow’s “Trainwreck” movie:

“I’ve been looking to do comedy forever. What I do every Monday night is action. [I’m] essentially a superhero trying to swoop in and save the day. What you see on-screen is 95 percent improv. It’s kind of the way we do business in the WWE. You have a loosely defined story. As long as you play within the goal posts, the dialogue is whatever [you] make it.”