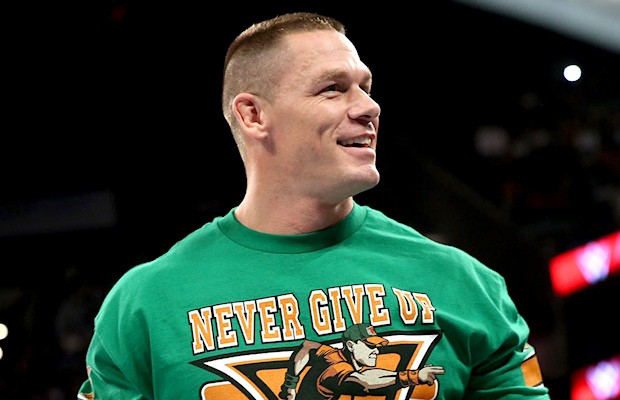 – As seen in this preview below, John Cena taped an episode of “Center Stage” with Michael Kay while in New York City this week. It will air Sunday on The YES Network in NYC. Cena commented on Shane McMahon and Vince McMahon, and who he wants to win Shane vs. The Undertaker at WrestleMania 32 on Sunday:

” Shane O’Mac is energy. I see a lot of Vince’s traits in Shane. I see that energy, I certainly see that passion. Vince’s experience is just different than anyone else. He just had to overcome so much to start the ball rolling and to keep the ball rolling. Shane is a wonderful dude. I’m so very happy to see him back, I’m so very happy that he’s in Dallas at WrestleMania with this big match. I hope he wins but like I said, Vince is irreplaceable.”

With WrestleMania this Sunday, John Cena tells @RealMichaelKay who he wants to win @ShaneMcMahon vs. Undertaker.https://t.co/h43zKW0Cxo