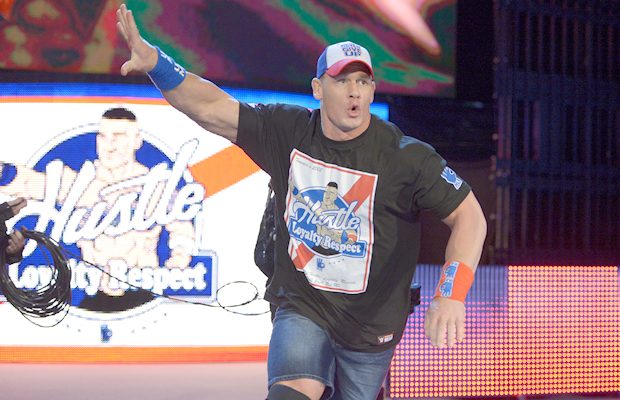 – As previously reported, John Cena and Seahawk’s player Richard Sherman are part of a new advertisement campaign for Wonderful Pistachios. Cena voices Ernie The Elephant, a computer-generated “spokes-elephant.” Below is behind-the-scenes clip from the campaign:

– WWE issued a new poll gauging fan reactions to last night’s No Mercy, by asking which match they enjoyed the most As of this writing, 63% went with the Career vs. Title Match featuring Dolph Ziggler and WWE Intercontinental Champion The Miz, 26% voted for John Cena vs. Dean Ambrose vs. WWE World Champion AJ Styles, 5% voted for Randy Orton vs. Bray Wyatt and 2% voted for Nikki Bella vs. Carmella. The other matches received just 1%.

– As seen last night at WWE No Mercy, Curt Hawkins did not make his debut, despite being advertised to wrestle. He cut a promo prior to the show and announced that his return match would come on Tuesday’s SmackDown. Brian Myers, the man behind the Hawkins gimmick, tweeted the following on trolling the trolls with last night’s segment: