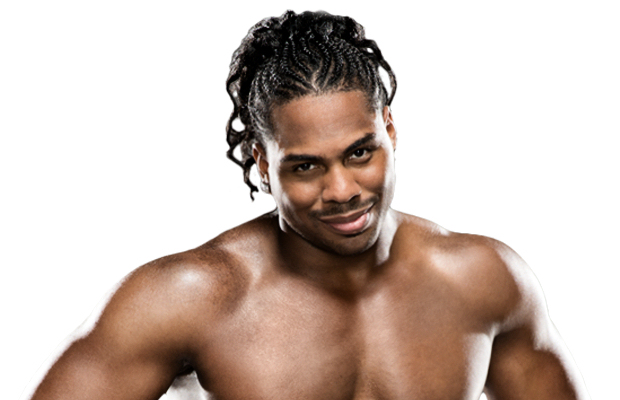 Hold on to your valuables, it’s JTG. The street-tough Brooklyn brawler isn’t above stealing anybody’s belongings and selling it for “money, money—yeah, yeah.”

JTG debuted in WWE as a member of Cryme Tyme in October 2006. In their first-ever match, the popular tag team defeated the then-World Tag Team Champions, the Spirit Squad in a non-title match on Raw. Cryme Tyme’s success spilled over to pay-per-views, where they picked up victories at both the 2006 edition of Cyber Sunday and the 2007 New Year’s Revolution. All the while, they kept an eye out for any items they could swipe from their opponents.

In 2009, Cryme Tyme was drafted to SmackDown, where they enjoyed early success before ultimately breaking up after a disappointing loss caused Shad Gaspard to turn on JTG. The resilient JTG eventually gained retribution, however, when he defeated Shad in a Strap Match at Extreme Rules in 2010.

JTG also served as Jacob Novak’s Pro on NXT Redemption. Unfortunately, Novak was unable to absorb his Pro’s advice and was the first Rookie eliminated.