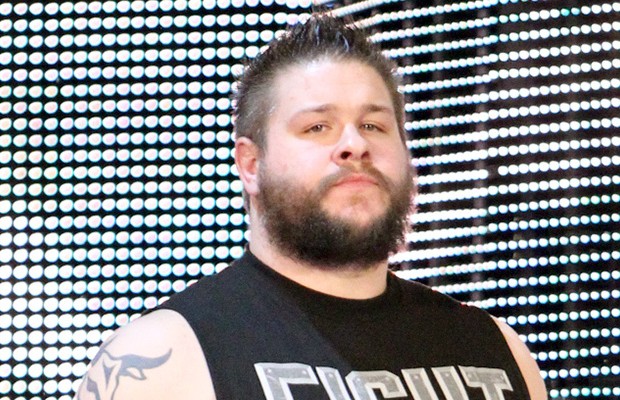 – As seen above, this week’s sitdown interview with Michael Cole features Kevin Owens. Below are highlights:

* Cole asks about Roman Reigns defending the WWE World Heavyweight Title at the Royal Rumble in the 30-man main event. Owens doesn’t care if Reigns overcomes the odds. Owens takes a shot at Reigns and says he’s probably somewhere putting copious amounts of conditioner in his hair. Owens plugs his main event match with WWE Intercontinental Champion Dean Ambrose on SmackDown’s USA Network debut this week. Owens says the win Ambrose got at TLC was a fluke and that won’t happen on SmackDown. Owens says he hasn’t had the title in just about a month and he can’t take much more. Owens says Ambrose putting him through the table on RAW was just a huge mistake.

* Regarding people who call him a sore loser, Owens doesn’t care what they think. Owens says those people probably don’t know what it feels like to be a winner and they have been losers their entire lives. Owens doesn’t like losing and losing isn’t OK, you shouldn’t be happy to lose. Owens says he needs the Intercontinental Title to keep providing for his family. That’s his goal and he’s taking the title back on SmackDown.