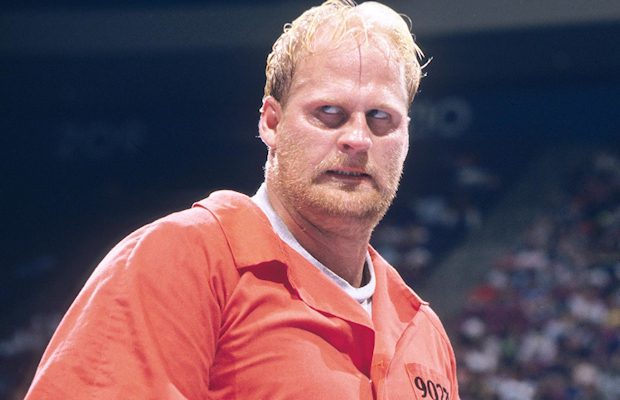 After serving hard time in a Cobb County jail, Nailz — real name Kevin Wacholz — made a beeline for the World Wrestling Federation in 1992, where he immediately attacked his former prison guard, Big Boss Man. The ex-convict was so intent on exacting revenge from Boss Man, in fact, that he didn’t even bother to change out of his orange prison jumpsuit. Instead, he wore the state-issued garb throughout the entirety of his brief WWF career.

The hardened criminal made short work of Virgil at SummerSlam 1992. Three months later, he finally received the opportunity to gain the upper hand from his former prison guard when the two WWF Superstars battled in a Nightstick Match at Survivor Series 1992. Boss Man ultimately proved his dominance that night and Nailz disappeared from the WWF shortly after.

How does Nailz look like now? Click here to see two recent photos of the former wrestler.