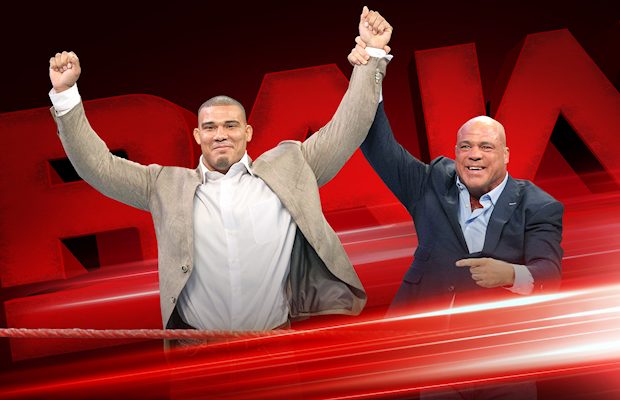 – Below is video of RAW General Manager Kurt Angle congratulating his “son” Jason Jordan after the win over Karl Anderson on last night’s RAW in Indianapolis. Angle says he’s proud of Jordan and gives him props on the incredible match, saying he’s doing great. Jordan comments on getting another win and Angle says he has a lot more to go.

– No word yet on why Bray Wyatt was off weekend WWE live events but F4Wonline.com notes that it was not because of an injury. There’s also no word yet on why Wyatt’s brother Bo Dallas missed last night’s RAW. Michael Cole noted on commentary that Dallas was under the weather. Wyatt appeared on last night’s RAW for the Sister Abigail segment but it may have been a pre-tape. There have been no tweets from Wyatt or Dallas in several days. We will keep you updated on their status.

– Triple H announced this week that the WWE NXT Road Trip live events will hit Pittsburgh, PA, Altoona, PA and Bel Air, Maryland in November and December. Tickets go on sale this Friday at 10am. He tweeted:

Tickets on sale Friday at 10am. #WeAreNXT