Home / Wrestling News / Diva News / Lana Talks About Dolph Ziggler and Why She Stood Up to Rusev, Rusev Crashes the Interview

Lana Talks About Dolph Ziggler and Why She Stood Up to Rusev, Rusev Crashes the Interview 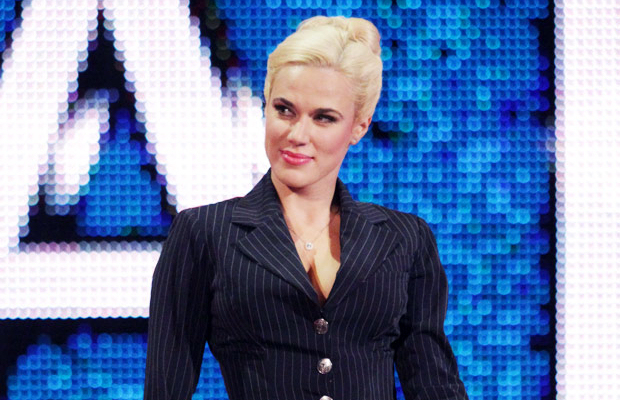 – As seen above, this week’s sitdown interview with Michael Cole features Lana. Below are highlights:

* With the fall on RAW, Lana says her pride was hurt the most. She was embarrassed falling in front of Rusev and didn’t like costing Dolph Ziggler the match.

* Cole asks if she and Rusev had a personal relationship also. She says they were very close, they traveled the world together and became very close. She says it’s hard losing someone you’re close with like that. She says Rusev was different before and didn’t behave this way. She says the erratic behavior and abusive words all started recently. Lana wondered how she can inspire women & children to do what’s right if she’s not living that way herself, so what’s why she stood up and left.

* Cole asks about her relationship with Ziggler. Lana says her intentions were different in the beginning but she walks through life with an open mind. Lana says Ziggler is kind, respects her, they read books together, he’s funny, they have a good time together and she’s heard the rumors but it doesn’t matter because she has a good time.

* Rusev then comes in on crutches and apologizes for what happened on RAW. He says her fall was an accident. Rusev says he would never do anything to hurt Lana. Rusev says the bad things happening is fate telling them to get back together. He says they can fix their problems and get back to how they were. Rusev begs Lana not to ruin what they have because of the stupid, washed-up American who has been with all the other girls. Rusev begs Lana to submit herself to him and no one else. Lana tells him it’s over and walks off. Rusev gets upset and yells at Cole before trashing the set.

Related Items
← Previous Story Chyna Talks Living In Exile In Japan, Misconceptions Of Herself, Kickstarter Campaign And More
Next Story → Is Mickie James Gone From TNA?