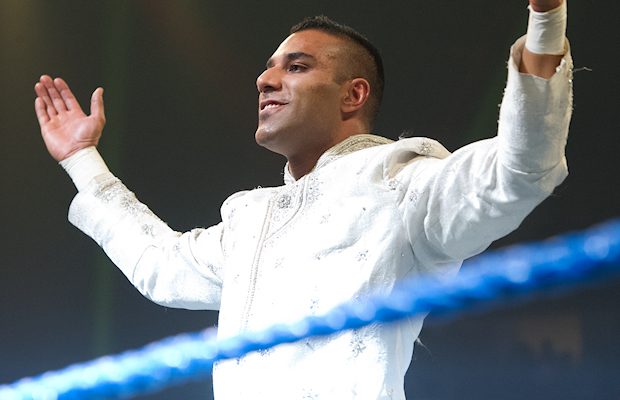 Another familiar face will begin working with WWE this week: Jinder Mahal.

Both F4WOnline.com and PWInsider.com have confirmed that is scheduled to start back with WWE at tonight’s Raw in Atlanta, Georgia. It’s not clear if he will be on the show, but he will at least be backstage.

Mahal is just the latest wrestler from a previous era returning to add depth with the newfound need to fill both Raw and SmackDown rosters in the post-draft era.

Rhyno made his main roster return last Tuesday on SmackDown, and it was also announced that Shelton Benjamin will soon be returning as a member of the SmackDown roster.

Mahal last competed for WWE as a member of the Three Man Band stable alongside Heath Slater and Drew McIntyre. He was released in 2014 as part of a round of roster cuts.