Lex Luger On Getting Arrested After Miss Elizabeth's Death, His Relationship With Randy Savage - PWPIX.net

Home / Wrestling News / Here and There / Lex Luger On Getting Arrested After Miss Elizabeth’s Death, His Relationship With Randy Savage

Lex Luger On Getting Arrested After Miss Elizabeth’s Death, His Relationship With Randy Savage 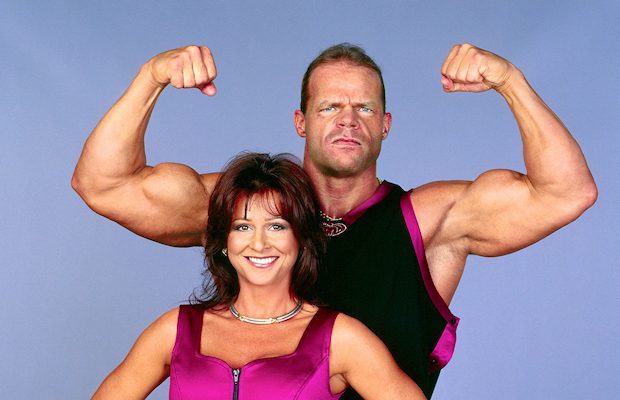 The wrestling world was shocked when Miss Elizabeth passed away at the age of 42.

Elizabeth was living with Lex Luger — her boyfriend of four or five years — in a townhouse they shared in Marietta, Georgia. But exactly 15 years ago today on May 1, 2003, Luger found her unresponsive and called for emergency services. Unfortunately, paramedics were unable to revive Elizabeth and her life met a tragic and untimely end.

A few months later, a medical examiner listed her cause of death as “acute toxicity,” brought on by a mix of painkillers and vodka.

Luger recently appeared on former WWE announcer Sean Mooney’s podcast, Prime Time with Sean Mooney, and detailed his memories of that dark day, which included getting arrested after a search of his home revealed a number of illicit controlled substances, including anabolic steroids, OxyContin, and synthetic growth hormone. Highlights are as follows:

On getting arrested the night of Elizabeth’s death:

“I was sitting out in my front yard and they told me that she didn’t make it. So I remember, when they went through my place, they found all the drugs and alcohol. That was part of my lifestyle back then. They arrested me on drug possession. I remember sitting in a jail cell that night realizing, wow…this is a really dark time. And I’ve shared this a couple of times, I thought about, the only time in my life I thought about that. People talk about what was the low point, because I remember thinking about they take your shoelaces, they take everything from me when you get checked in the jail. I was there on drug possession, on drugs they found. Because there was a lot of big quantities that was a big party house there and uh, they took me in and I was in the jail cell and put me by myself because they didn’t want to put me in general population, because people knew who I was, inmates get all stirred up. So I’m in the jail cell and I actually thought, wow, there’s no camera in here, maybe…I was trying to think of a way to end it. I thought about climbing up, there’s a dividing wall in this little cell I was in by myself that set the toilet off. I thought about maybe if I could climb up on top of that divider wall and put my hands behind my head and fall head first on the cement floor, I could end it all. I didn’t do that, but I sure thought about it.”

On if that night was a wake-up call:

“I went into total self-medication mode and I got high every night – I would pop pills, drink. I mean, I wasn’t trying to kill myself, but I was on the path of destruction for sure. It’s a miracle I didn’t overdose so many of those nights over those next couple years. I ended up moving into a hotel and even isolating myself, I wasn’t going out anymore, I was in a total period of isolation at that point.”

On his relationship with Randy Savage before Elizabeth’s death:

“They were divorced for what we’re talking about almost 10 years. She had remarried and they were long, no longer a part of each other’s lives at all. Randy and I had traveled together some in WWE, we always got along great, we trained together. From my end, and I never felt anything off Randy, I never felt any issue there whatsoever. Admired, respected him, never felt an issue with Randy.”

On his relationship with Randy after Elizabeth’s death:

Luger on his current relationship with his family (ex-wife, one son and one daughter), which broke after Elizabeth died:

“I’ve reached out through the years, Sean. I can’t imagine what I put them through in a very public way back in those days. My (ex) wife is happily remarried, which I’m so thrilled for her. They move forward with their lives. They’re happy that I’m in a better place now, but yeah know Sean, there’s consequences for things that we did in the past. I’m in a better place, but that doesn’t necessarily mean that the things that happened back in the day that people might be happy for, it doesn’t mean they want to be an integral part of your life. I’d like to say there’s been a huge happy ending and all that. From my standpoint, I’d love to have relationships with my family, that’s not really there. I love them. I pray for him and I will always continue to reach out to them now and then, but that’s not an integral part of my life at this point. But for me and the perspective I have now, we’re only here for a brief flicker, a blink of an eye of time compared to eternity, so my hope and prayer Sean, would be that I’ll be able to get to know Jesus like I do and I’ll see them in heaven and I’ll be able to spend eternity with them.”

Luger also talks about his runs in WCW and WWF, life before wrestling, what he’s up to these days, and much more. You can listen to the interview through the video below or via PrimeTimeMooney.com.