Home / Wrestling News / WWE News / Lita on Being a WWE Tough Enough Coach, the Contestants, Her Favorite Match as a Fan, More

Lita on Being a WWE Tough Enough Coach, the Contestants, Her Favorite Match as a Fan, More 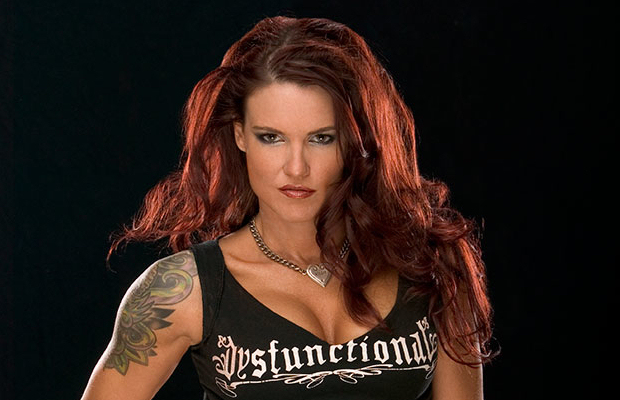 – WWE Hall of Famer and Tough Enough coach Lita recently appeared on The Two Man Power Trip of Wrestling podcast to promote Tough Enough. The full interview can be found at this link. Below are highlights:

How has her WWE Tough Enough experience been and what is the perception of the contestants:

It’s incredible. I’m there with Booker T and Billy Gunn and of course all of us having cut our teeth and not just ending up accidentally signing up for a TV show, it’s hard to not have a slight bit of “what do these kids have”? But I will say some of those kids actually brought it and the ones who didn’t were really gone in an instant. I was excited about doing the show and after the first three days of the mini camp and seeing what we were going to have to work with for the next 10 weeks. I am really excited to develop these potential WWE Superstars or if they don’t make it they will have a super unique experience they were in on.

The respect level of the contestants:

Each one of them and especially the ones that come from an acting background or a football background made it a point to come over to me and say what you (guys) do is really, really hard and that they have a whole new level of respect for what we do. I appreciate them coming up and saying that and game on!

The first group of cuts was the easiest. Even though there are some of the cuts that were a bummer, you can’t have everyone on the show. Those I can’t speak for as much because I do think some of them will find whatever is for them, the ones that weren’t cut it could have easier have been the person next to them and it’s a tough competition. We went through over 11,000 videos to get the 40 that were there in the first place. I’d be curious if there wasn’t just a hair of relief that they weren’t the ones chosen when they walked out the door.

Myself, Billy Gunn and Booker T will be in the trenches. We are going to be there the most and training them at the performance center. They have unlimited resources there. They aren’t just popping in and filming a TV show. They are going to get some real hands on experience. Then Paige, (Hulk) Hogan, and Daniel Bryan will come in and say what do you guys have and then with (Chris) Jericho hosting he will be throwing in his two cents. I think they will really gain an advantage with us getting to know them and if we see something in them and knowing what Paige, Hogan and Daniel Bryan will be looking for having been in there spot, I’ve already seen myself getting an attachment to some of the kids. I am not known for being super emotional but you might see a tear or two because I am getting attached to those kids.

What match would she consider her favorite as a fan and learned the most from:

Victoria and I were in a babyface feud at the time and I was doing some research to see what stood out to me and there was a double baby-face match of Shawn (Michael) and Bret (Hart) and watching these two incredible personalities and athletes have this match it stands out to me as I was watching it as a great match and then watching at as being in school for an hour watching it and re-watching it again and building such a level of respect for that match and what they did.