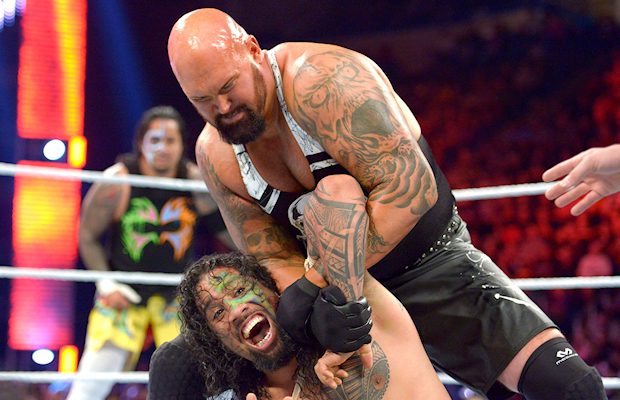 – As seen below, WWE has released a generic entrance video for Luke Gallows and Karl Anderson:

– The latest “What’s Trending” video from Cathy Kelley at WWE HQ in Stamford looks at reactions to Enzo Amore’s injury and more:

– To celebrate May 4th, WWE’s latest “What A Move Wednesday” Twitter poll asks fans the most forceful move in WWE today. The top contenders are Kevin Owens’ pop-up powerbomb, Randy Orton’s RKO, Shinsuke Nakamura’s Kinshasa and WWE World Heavyweight Champion Roman Reigns’ spear. As seen below, Orton is currently leading with 35% of the vote while Nakamura is next with 25% and Reigns has 21%.

Here are your FINAL FOUR! What is the most FORCEFUL maneuver in @WWE today? #WAMWednesday #MayThe4thBeWithYou