Home / Wrestling News / WWE News / Luke Gallows Talks The Club Possibly Getting New Members, ‘Bullet’ Being Removed From The Group’s Name, Being Released From WWE In 2010

Luke Gallows Talks The Club Possibly Getting New Members, ‘Bullet’ Being Removed From The Group’s Name, Being Released From WWE In 2010 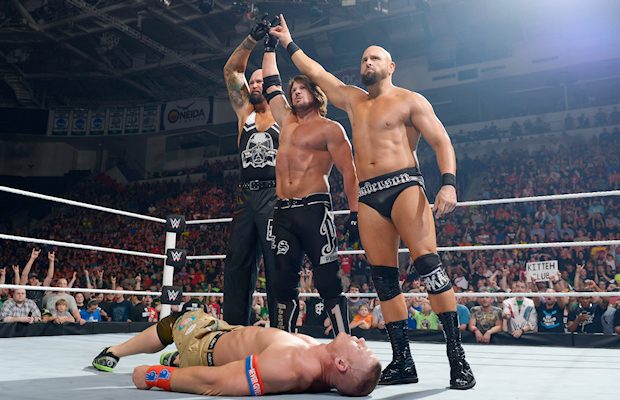 To promote this week’s Raw at the Smoothie King Center in New Orleans, Louisiana, Luke Gallows spoke to NOLA.com. Highlights from the interview are as follows:

Did he have bad blood with WWE when you were released in 2010?

No, I never did. I never said anything bad about WWE. I started wrestling when I was playing college ball at 18, and the WWE picked me up right after I turned 21. I was very young and green in the business. The WWE afforded me opportunities at that age that so many guys don’t get.

And it gave me a name. When I was released, I wrestled the next day, and I went and I wrestled all over the world. I honed my craft with the goal being to come back and to really be a standout player. That maturity was a good thing for me. I think that it’s helping now, and I hope it shows in my work.

Was it understood that the word Bullet would have to be removed from The Club name in WWE?

Yeah, we kind of knew that. We were being edgy in Japan (with The Bullet Club), and there’s a bit of a language barrier. The WWE is all about family friendly entertainment. My son and I watch the WWE Network at home all the time. Going with The Club was the way we needed to go to come here and be in this environment, where your kids are watching.

Will The Club be adding more members?

That I can’t really talk about right now. That’s Club business. I can tell you this, though: The Club is all about sending messages, putting everybody in this New Era on high alert. We’re here, we’re here to stay, and we’re here to be the top dogs.