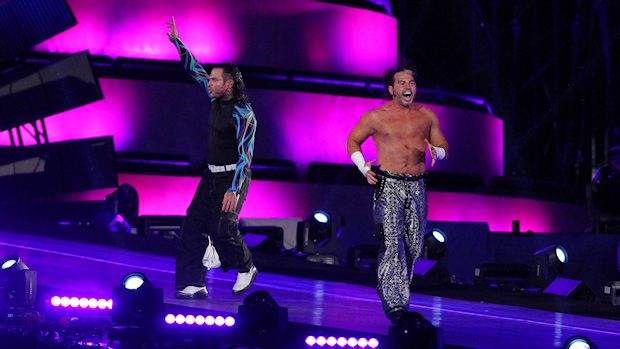 – As noted, last night’s “Table For Three” episode on the WWE Network featured AJ Styles talking to WWE Hall of Famers Kevin Nash and Shawn Michaels. In the video below, Michaels talks about helping out at the WWE Performance Center in Orlando and says he’s helping out as a volunteer right now. Shawn says they haven’t agreed on anything formal but he believes eventually they will come to an agreement.

– WWE Cruiserweight Champion Neville vs. Jack Gallagher in a non-title match has been announced for tonight’s WWE 205 Live episode from Des Moines, Iowa.

– RAW Tag Team Champion Matt Hardy tweeted the following on last night’s singles win over Sheamus at RAW in Kansas City. The Hardy will defend their titles against Sheamus and Cesaro this Sunday at Payback.

What a DELIGHTFUL battle I had with this Irish Soldier tonight..#WWEPayback will be another WAR..