Matt Hardy Says Irwin R. Schyster Must Be Deleted, Undertaker Teaming With The nWo in 2002 (Video) 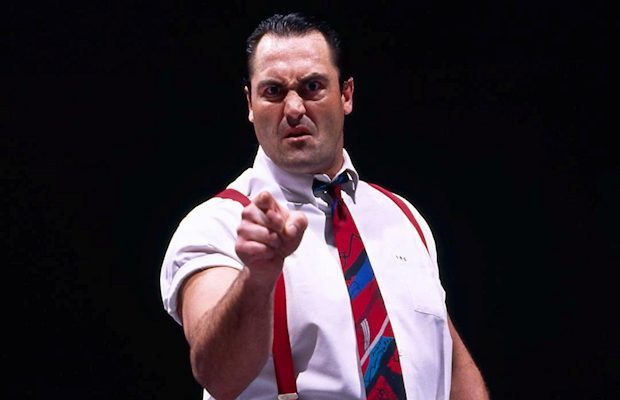 – Did you know that Matt Hardy once wrestled Bray Wyatt’s dad?

Before making it big in 1999 as one-half of The Hardy Boyz, Matt Hardy worked as a jobber putting over the World Wrestling Federation’s premiere Superstars (from 1994 through 1998). On Monday Night Raw on November 21, 1994, Matt did job duty for Wyatt’s dad, Irwin R. Schyster.

A fan tweeted Hardy an image from the match, and the WWE Superstar said in response that Schyster must be deleted.

Considering it is the ATROCIOUS Tax Day in the States that are United, I should track down this old foe from my MORTAL VESSEL & render him OBSOLETE.. Before he SPAWNS another threat to my livelihood & #HouseHardy.

– WWE posted this clip of a forgotten Raw match from April 15, 2002, where The Undertaker teamed with the nWo (Scott Hall and Sean Waltman) against “Stone Cold” Steve Austin and Bradshaw in a 3-on-2 Handicap Match.